The River Market is thriving with multicultural cuisines, and really is a bon marché of sorts. From Hainanese poultry to European sweet treats, the River Market is a hot bed of gastronomic discovery, so you can live the life of a travelling gourmand without the pricey plane ticket. Bon appetite… or should we say bon voyage?

Aa a country built on its reputation for personal pleasure, it’s no secret Italians pride themselves on their indulgences. Those “indulgences” include fine cheeses, cured meats and, of course, gelato. Grab a made-to-order Italian sandwich at the La Grotta Del Formaggio’s deli counter inside Donald’s Market, along with some plum olives, and enjoy it as a picnic at the adjacent Pier Park. A scoop of Tre Galli Gelato’s homemade lemon gelato in a waffle cone will transport your tastebuds to Florence. Fitting that traditional Thai coastal cuisine should be located right on a body of water. The River Market’s Longtail Kitchen serves up steaming bowls of curried seafood, like the geng gati southern turmeric curry of mussels and the dom ka hot & sour coconut soup of clams. For a taste of Bangkok fusion, try fried fish balls with sweet chili sauce or crispy oysters with nam jim sauce. Dig into these dishes with a dream of tropical Thailand at the Pier Park Beach while you watch tugboats and fishermen traverse the Fraser.

Ditch the supermarket rotisserie chicken in favour of some Asian-inspired fare from Freebird Chicken Shack. Order a quarter or a half chicken, complete with its take-out fixings: rice and pickles or rice and papaya salad. Less in favour of the ethnic flavours of Hanoi? Take a bite of Freebird’s Vietnamese-style chicken bahn mi. Grab your pack and head down to Pier Park’s volleyball courts to share with friends. Boom box blasting Lynryd Skynryd optional.

You can get dim sum anywhere from Vancouver to Surrey, but in traditional Chinese custom, you won’t be able to get it past 2 p.m. Enter Wild Rice, where Asian-inspired small dishes come with local flavours (and no time limit). Chef Todd Albright sources BC-raised pork and coastal spot prawns for his Sui Mai dumplings, and goes for Chinatown-style curried steam buns, stuffed with local root vegetables and sitting in coconut curry. These small plates are best enjoyed on Wild Rice’s own patio along the Quay boulevard.

Flip open the tailgate and watch the river pass in the quay parking lot – The River Market’s Re-Up BBQ is the closest we’ll get to Memphis. Grab a slow-cooked pulled pork sandwich, complete with in-house coleslaw; tack on a side of pit beans and sip on some clear, homemade cola. Alternatively, Re-Up BBQ offers up bring-home combos of pulled pork or smoked brisket and sells their signature buttermilk biscuits in packs of 12. All the fixings needed for a southern feast up north.

Perhaps best known for its fresh-baked breads and irresistibly beautiful sweets, Pamola Bakery doles out a little taste of Mexico to those in the know. Bag up some fresh loaves to take home, but snack on Pamola’s tacos or a three-enchiladas combo. Your bag of sweets and Mexican hot chocolate are best enjoyed under the city’s iconic W sculpture at the very end of the Pier Park boulevard. 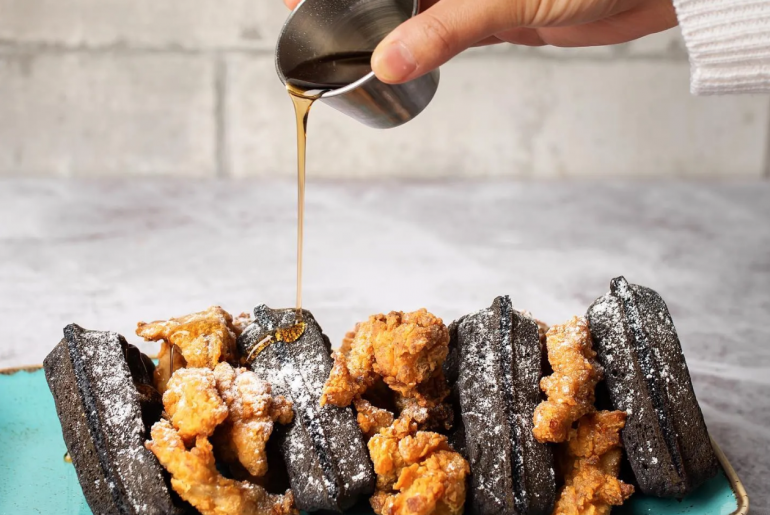 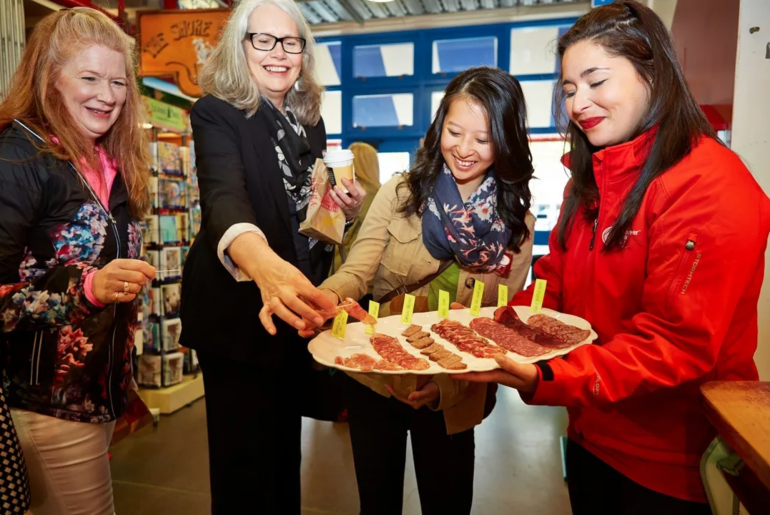 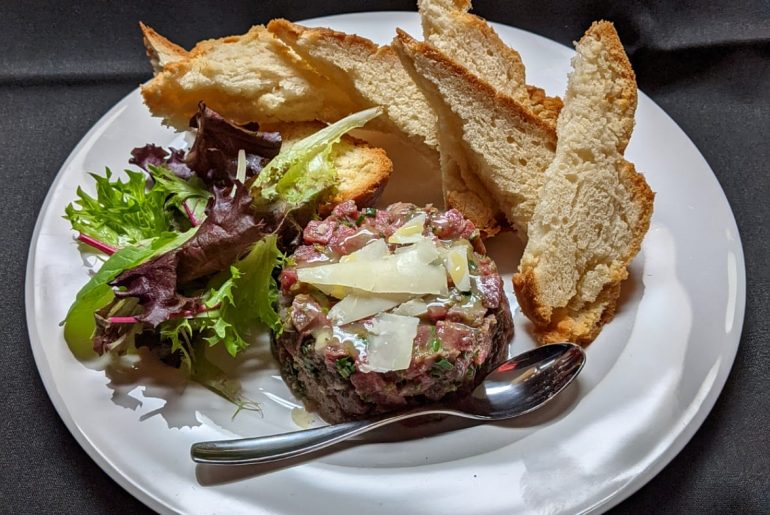