The charming elegance of the interiors of Richmond’s Bánh Mì Très Bon (1840-4720 McClelland Road) makes any diner feel like they have been transported to a Parisian café. In the display case are a variety of brightly coloured macarons and an assortment of small cakes. If they turn to the menu on the wall, though, they’ll see classic Vietnamese dishes, like pho, bánh mì, and bánh bot loc (shrimp and pork tapioca dumplings). 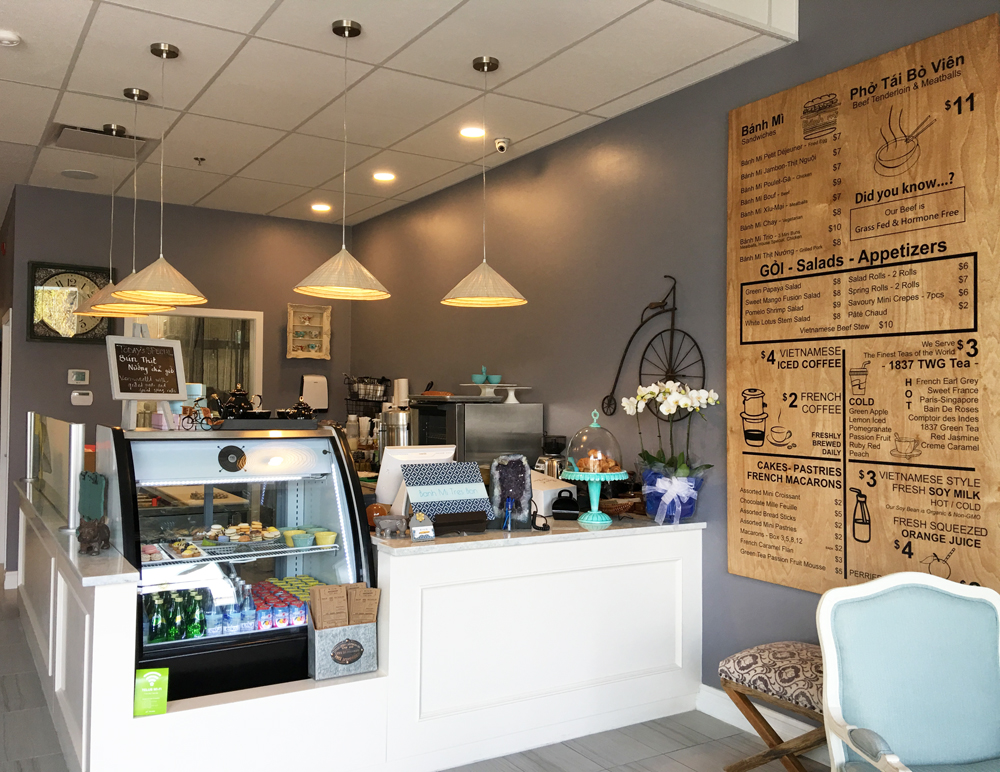 This combination of Vietnamese cuisine and French pâtisserie items represents chef/owner Lan Do’s cultural and culinary influences, as well as the colonial history of Vietnam itself. Do, who is of Chinese descent, was born in Vietnam into a family with a passion for food and the restaurant industry. “I’ve had a love of food since childhood because my mom and dad are pretty adventurous eaters. I was never afraid to try anything,” she explains. Her grandparents on her father’s side ran a Chinese bao business while the food she ate at home melded both Chinese and Vietnamese cooking. As a child venturing out to eat with her father, she sampled French dishes like pâté and baguettes with rich butter.

Lan and her family moved to Richmond in 1980 when she was eight years old, but she never forgot her Vietnamese roots, even as she built a successful marketing and business consultancy business in the high tech industry. It was always her dream to open a Vietnamese restaurant, a dream that she finally set in motion when her son and daughter were grown up. 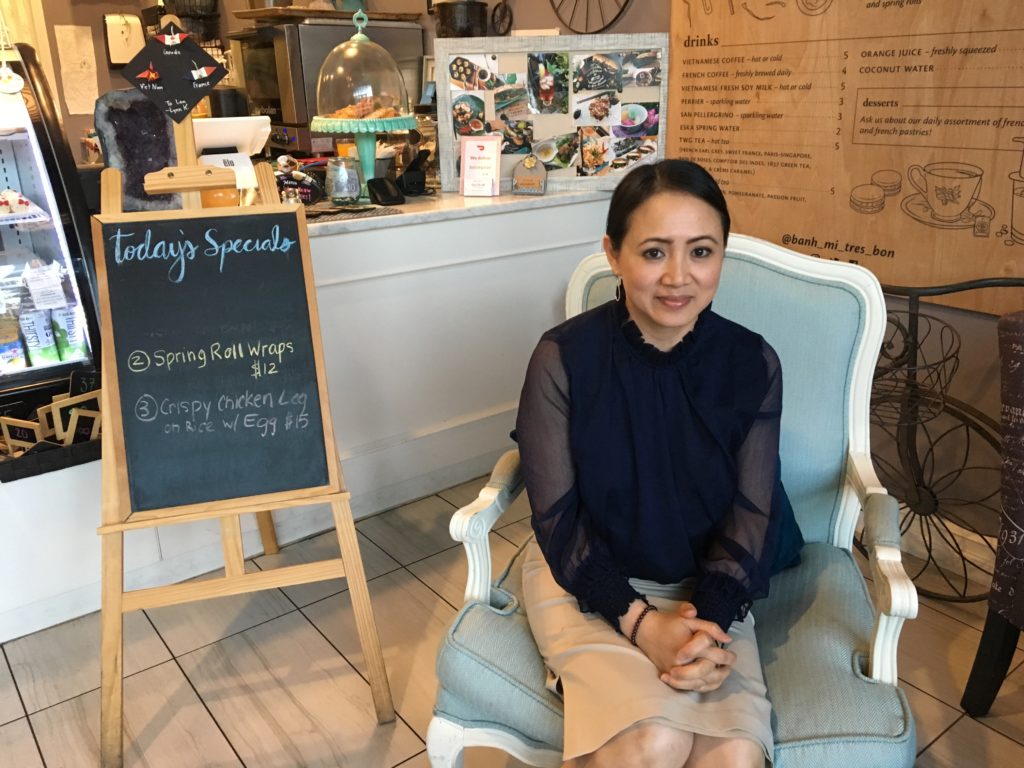 In 2016, after quitting her job, Do embarked on a three-month trip to Vietnam during which she thoroughly researched and sampled its cuisine. “I went from the south to the north of Vietnam. I really went into the rural areas and tasted the food there. I think that’s where the food is still intact since the recipes are still the same,” she says. In Hoi An, she discovered the most amazing bánh mì at places like Madam Khanh, The Bánh Mì Queen. She also met the fourth-generation baker of the baguettes sourced by many bánh mì shops in the city.

In addition, Do was so intent on honing her Vietnamese cooking that she trained at The Saigon Professional Chefs’ Guild (World Association of Chefs’ Societies) in Ho Chi Minh City, tirelessly working with three of the country’s top chefs in private lessons that ran from 7am to 6pm, 6 days a week. With their mentorship, she refined the recipe for her pho, as well as learned certain secrets, like how to make the crispiest spring rolls by coating them in a starchy flour before deep frying them. 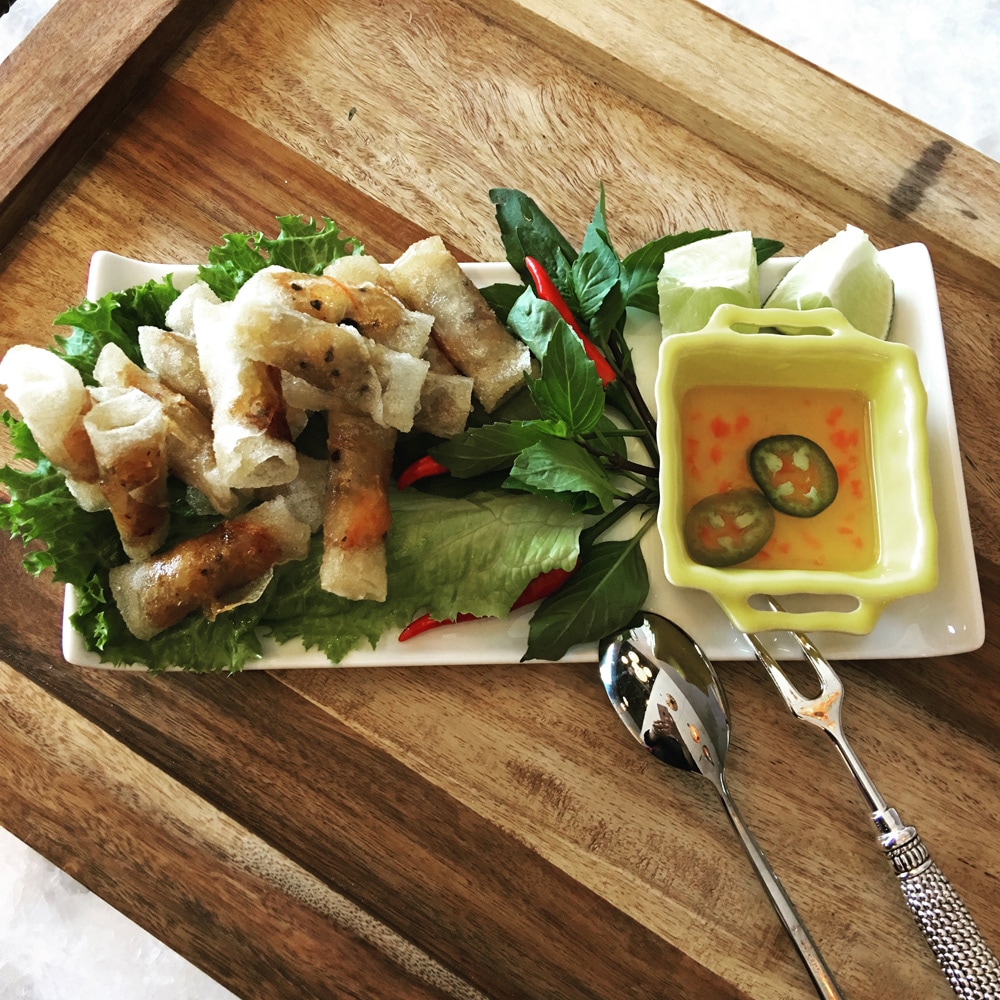 She returned to open Bánh Mì Très Bon with her husband Doanh Do in a new retail complex in Richmond. For her, the location for her new restaurant was a given. “It had to be in Richmond. I grew up in Richmond. It’s my hometown. I want to contribute as much as I can to the community where I grew up,” she insists. She also saw an opportunity in a dining landscape that lacked an establishment that specialized in bánh mì.

Her concept was culturally two-pronged and unique in a marketplace that usually associates Vietnamese cuisine with non-descript pho joints. “The concept is simple. I wanted to introduce Vietnamese cuisine and incorporate French flair,” says Do. The French elements can be seen in the pastries and desserts, the aesthetics of the room, as well as the plating of the Vietnamese dishes. 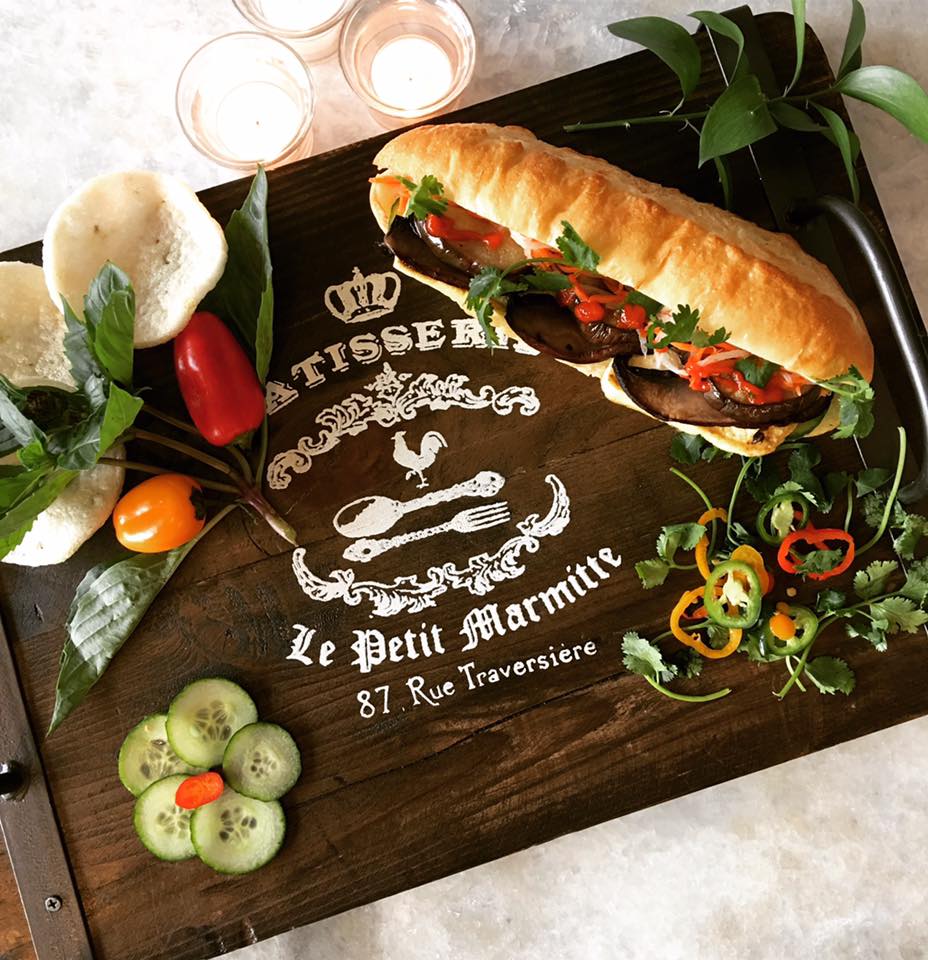 In terms of the ingredients, Do aimed to differentiate Bánh Mì Très Bon by sourcing as local, sustainable, and organic as possible. For example, her meat comes from a farm in Chilliwack who delivers the freshest of product to her. This exacting sourcing drives up her costs but Do wants to serve only nutritious food that she would feed her own family.

Besides the French pastries and Vietnamese ham, all components of the restaurant’s dishes are made in-house, including the baguettes that are baked daily. When Do was designing her bánh mì selections, she focused on highlighting basic high quality ingredients, such as in a veggie version with grilled tofu, Portobello mushrooms, and eggplant, and in their popular breakfast sandwich with two fried eggs.

The restaurant’s pho is another labour of love, which involves simmering beef bones for twelve to fifteen hours, allowing the natural flavours to deepen and infuse the broth. Instead of using MSG as a flavour shortcut, Do relies on a balanced use of spices and other ingredients, such as onion, ginger, shallots, star anise, cinnamon, and cardamom. While other cooks will incorporate dried tangerine peel and black peppercorns, Do feels they overpower the subtle notes of the broth. 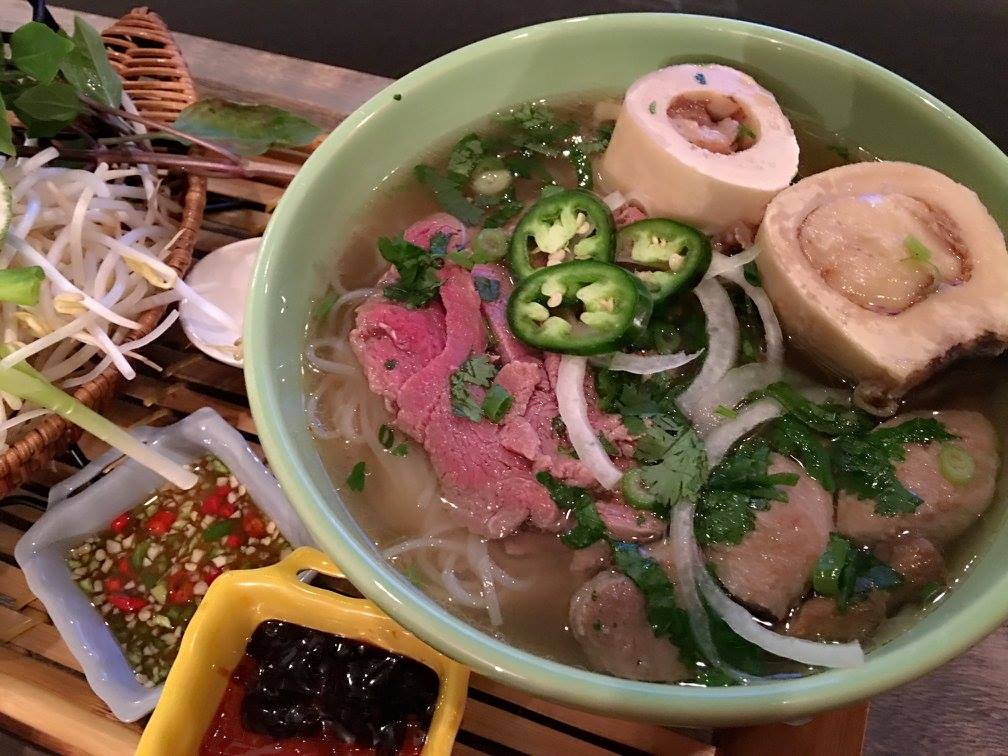 The menu is fairly small in order to ensure the consistent quality of every dish served, such as grilled lemongrass chicken on rice with egg, or butter garlic chicken wings. However, Do, both at home and at the restaurant, is constantly engaged in research and development, fine tuning new recipes, which are labour-intensive and offered as specials to her customers. Recent creations were a northern Vietnamese soup with duck, bamboo shoots, and vermicelli, as well as a turmeric seafood noodle soup, which hails from central Vietnam.

Many of these are local street food dishes that no one else in the Lower Mainland is currently serving. “It’s so exciting to bring them out one at a time,” says Do. And judging by the contented faces of those around her enjoying bowls of noodle soups and bites of freshly made bánh mì, her customers share in Do’s enthusiasm. 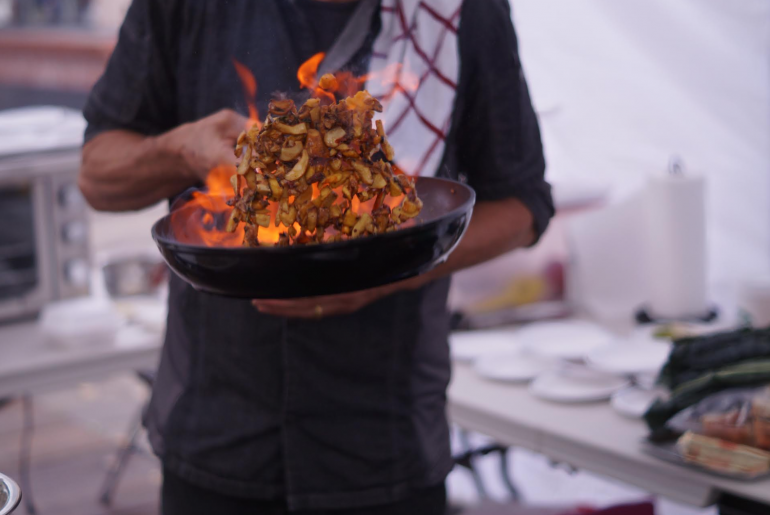