Best known for the annual Cloverdale Rodeo, Cloverdale is a sub-division of Surrey that’s charming beauty has made it the setting for several fictional TV towns and movie sets. But inside the doors of this quaint setting of potted plants and upkept brick facades is bright modern cuisine and craft beer.

What’s special about Cloverdale is its small-town charm within a rather large city. Dining options are a no brainer: for dinner with your family, celebrating a new job, or maybe just a weekend date night, The Vault is the place to go. If you’re looking for a casual meal and a healthy selection of craft beer, it’s gotta be Hawthorne Beer Market. Both of these popular joints are owned by Aaron Hotell, a local restauranteur who has found the secret recipe to owning and operating lucrative, busy, and quality restaurants in a tight-knit community.

The downtown Cloverdale strip has been used as film sets, featured in commercials, TV shows such as Smallville, and movies. The architecture of the downtown strip has remained committed to its history; even some newly built structures have been designed to blend in with the surrounding older buildings. The local small businesses are generally proprietor-operated, perpetuating the small-town feel that Cloverdale does so well. Barring the obvious fast-food staples, and a few restaurant chains squeezing their way in, the community has continued to thrive on supporting local, despite the exponential growth in the past few years.

Hotell opened White Rock’s Washington Avenue Grill over 20 years ago before making his way into Cloverdale, opening The Vault 11 years ago, and most recently Hawthorne Beer Market (formerly Golphis Steak & Lobster). The Vault is a sophisticated spot, similar to its sister restaurant the WAG, offering an entree forward menu with premium cut meats, mixed seafood dishes, and a generous martini selection.

With Hawthorne Beer Market, Hotell brings Vancouver’s brewery scene to the ‘burbs: well-equipped with rotating taps, craft brews, and Belgian imports. Serving casual fare, specializing in shellfish and pizzas, in an industrial setting. It’s the perfect spot to catch up with an old friend over a beer and a shareable bite.

I sat down with Hotell over mussels and appetizers to talk about his successful and prominent involvement in the Cloverdale culinary scene.

Brittany Tiplady: Let’s start with the Vault. How did was the idea for that restaurant conceived?

Aaron Hotell: The Vault opened 11 years ago, and at the time that we opened it, we were trying to copy The Washington Avenue Grill that we own in White Rock. It was affordable to move into Cloverdale, and we wanted to invest our money into a building and so we bought the Vault.

The system that we knew and understand was the style that we had been serving at the WAG. But the franchise world of doing everything the same at every location, was not for us.

The idea was to have the same concept as the WAG run at the Vault but not replicate it entirely. We wanted each location to be unique, but from the same creators. The décor is eclectic but it’s classy

BT: What brought on the idea to open Hawthorne Beer Market?

Aaron Hotell: I was eating in downtown Vancouver and liking craft beer and that world during the birth of its popularity. We like Belgian beers and going to Portland to try the craft beer scene growing there. The idea was to bring an idea like the Alibi room, with rotating taps and a large beer selection to [Cloverdale].

Aaron Hotell: It fits the profile of what we do. There’s a lot of businesses on the street where the owners are working. It works for our model as owners and operators. Instead of contracting [companies to do the design and labor] out we built everything ourselves. When I was building Hawthorne I’d then go to the Vault and work the night shift.

BT: The Hawthorne menu, how would you describe it? What are the stars of the menu?

Aaron Hotell: We are going after a more casual crowd at Hawthorne. Especially being so close to the Vault, I don’t want to mow my own lawn. The driving force here is a casual demographic. They aren’t here to impress, they are here to hang out. Hawthorne is for catching up with friends. The mussels for sure are a popular menu item.

BT: What are the stars of the menu at The Vault? What kind of vibe do we expect at the Vault?

Aaron Hotell: The Vault does a more entrée style service. It’s a higher end spot. So premium cuts of meat and seafood-things that are a bit fancier. It’s eclectic and unique-there are some odd things hanging around. But it’s a place that you bring to impress people, to make them feel important. 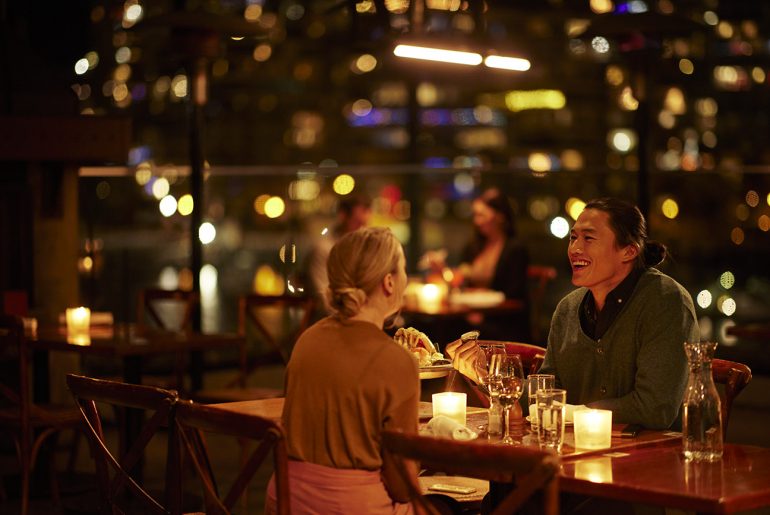 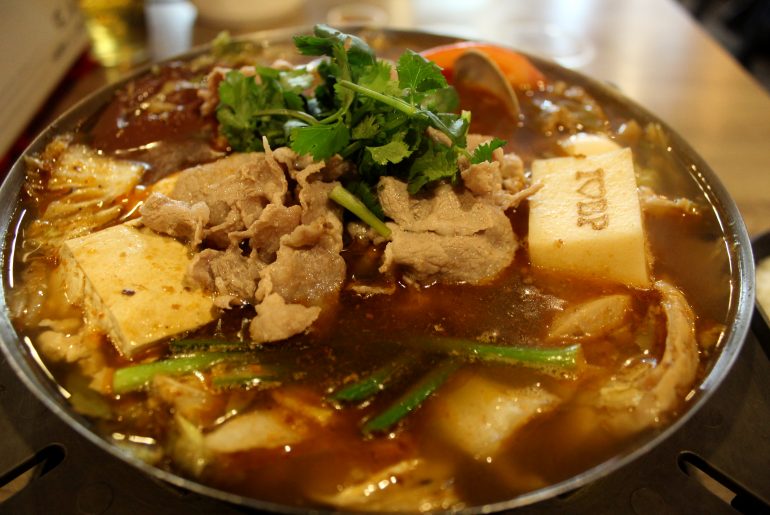 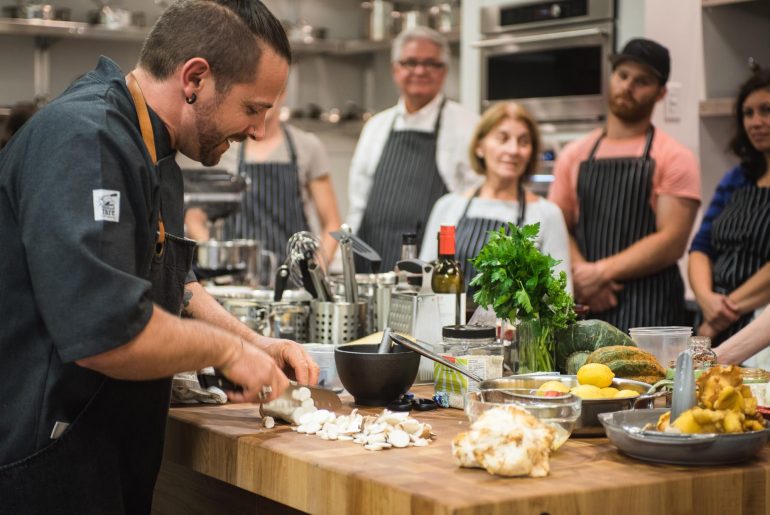 Experiential Christmas Gifts for the Foodie in Your Life