On a recent rainy Saturday afternoon, a crowd of umbrellas and slickers began to form outside Como Taperia

in Vancouver’s Mount Pleasant. A line stretched around the block while the patio outside was as full as it could get as hungry folks sipped cava and… waited, some for up to an hour. But it wasn’t patatas brava or jamon croquetas they braved the weather for — this time. This time, it was all about las burguesas. 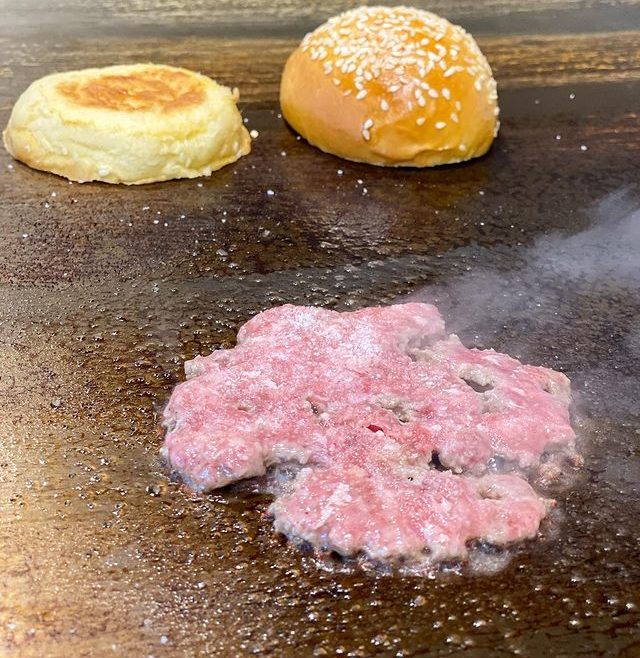 For the last couple of weeks, Instagram stories were abuzz, tweets were tweeting, and phones were generally pinging all over that one of the most beloved tapas joints in the city was doing something special. The word was out and that word was: “Damn-that’s-a-tasty-burger.”
When indoor dining was banned at the end of April (I still can’t write that without taking a forlorn look out my window), restaurants without a sizable patio — which is most — faced a pretty uncertain future of strictly takeout. For a place like Como that prides itself on shareable plates and delicious drinks in a good-time, high-energy environment, takeout just never quite fit the vision. So they had themselves a think outside the to-go box, and the Smash Burguesa pop-up was born.
“We wanted to do something different to excite people,” says Head Chef Jacob Kent. “We’ve seen a trend around the world (during the pandemic), of people slinging burgers. It makes for good take-out, they hold up well. And everyone just loves a smash burger.

For the uninitiated — let’s nerd out for a moment, why not? A smash burger starts as a ball of high-quality beef with a 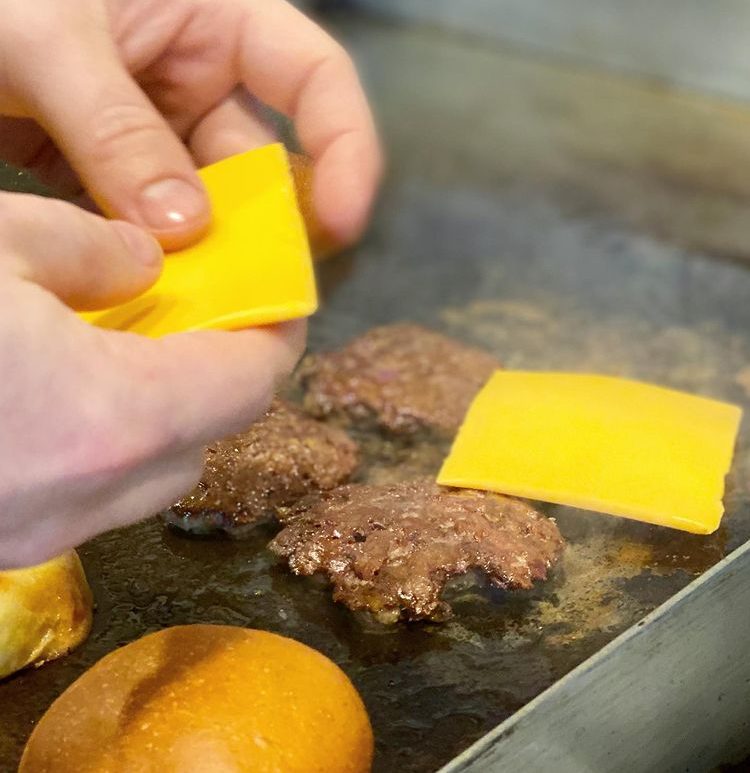 generous amount of fat that is pressed flat, or smashed, onto the cooking surface to get those amino acids and sugars working to caramelize and create a flavourful crust while forcing the juices in the meat up into the patty. It’s what’s known as the Maillard reaction, called so after the French scientist that discovered the principle, and I can see I’m getting away from why we’re here. Let’s just say it makes cooking things taste good.

Jacob and his team knew it was important to give the people what they want, but wanted to make sure they could add a Spanish-style kick. The result took this foodie city by storm, just like the one we all stood around in to get a taste.

“We really just wanted to make it as greasy and dirty as possible,” he says. “Lots of Kraft singles, meat from Legends Haul with a lot of that good fat. And then a secret sauce with pickled guindilla peppers and spicy cucumbers.” He says they were inspired by local food trucks, especially the Golden Era truck which Jacob says flips the best burger in the city. (Bonus burger coverage!)
But those aren’t the only ingredients at work here, as Jacob is quick to point out. “We’re part of a good community around here. We have a lot of regulars and they support us coming in once or twice a week. Whether it’s in for a glass of wine, or now grabbing a burger, it’s helped us a lot.” 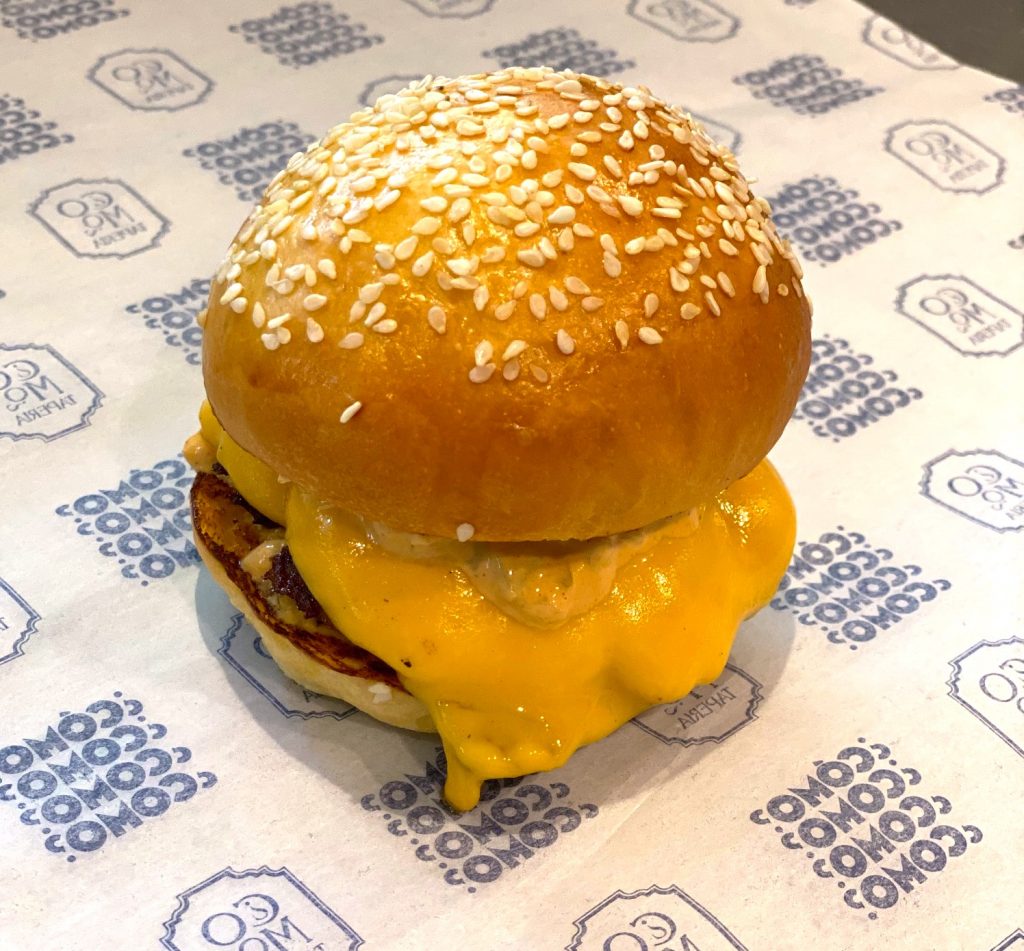 As fun, and a little surprising, as the pop-up has been, the team at Como is looking forward to the time when they can return to the ways that forged their loyal clientele in the first place, and the concept that landed them second place on Air Canada’s list of best new restaurants in 2019. “We’re all itching to get back to it,” Jacob says.
For now though, Como is serving up burgers from 4 PM, Thursday to Saturday, and they’ve been selling out within a couple of hours pretty regularly, so if you want one — and you most definitely do — don’t hesitate. A limited selection of favourites from their regular menu is available on their revamped patio too, Tuesday to Saturday, 4 to 9 PM. 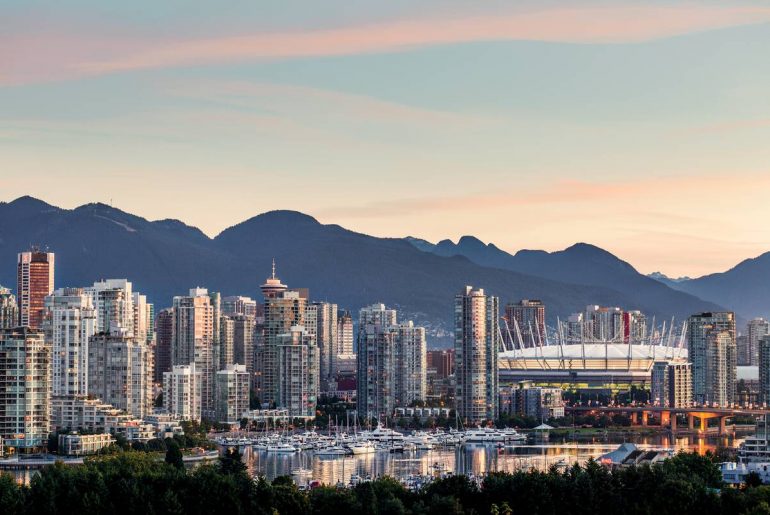