6 Burgers You NEED to Try This Summer -

Hungry? Here are some of Metro Vancouver’s most coveted hamburgers.

You gotta love a good burger. There’s no tastier staple of warm weather. While some may say the crown of summer snacks belongs to ice cream, or to a lesser degree, popsicles, we ask you: what memories do you have of catching the wafting allure of these things around your neighbourhood while out on your 10-speed? So with that argument now won, allow us to take a victory lap. These are 6 delicious items from the grill that you need to try ASAP (or at least before summer ends). 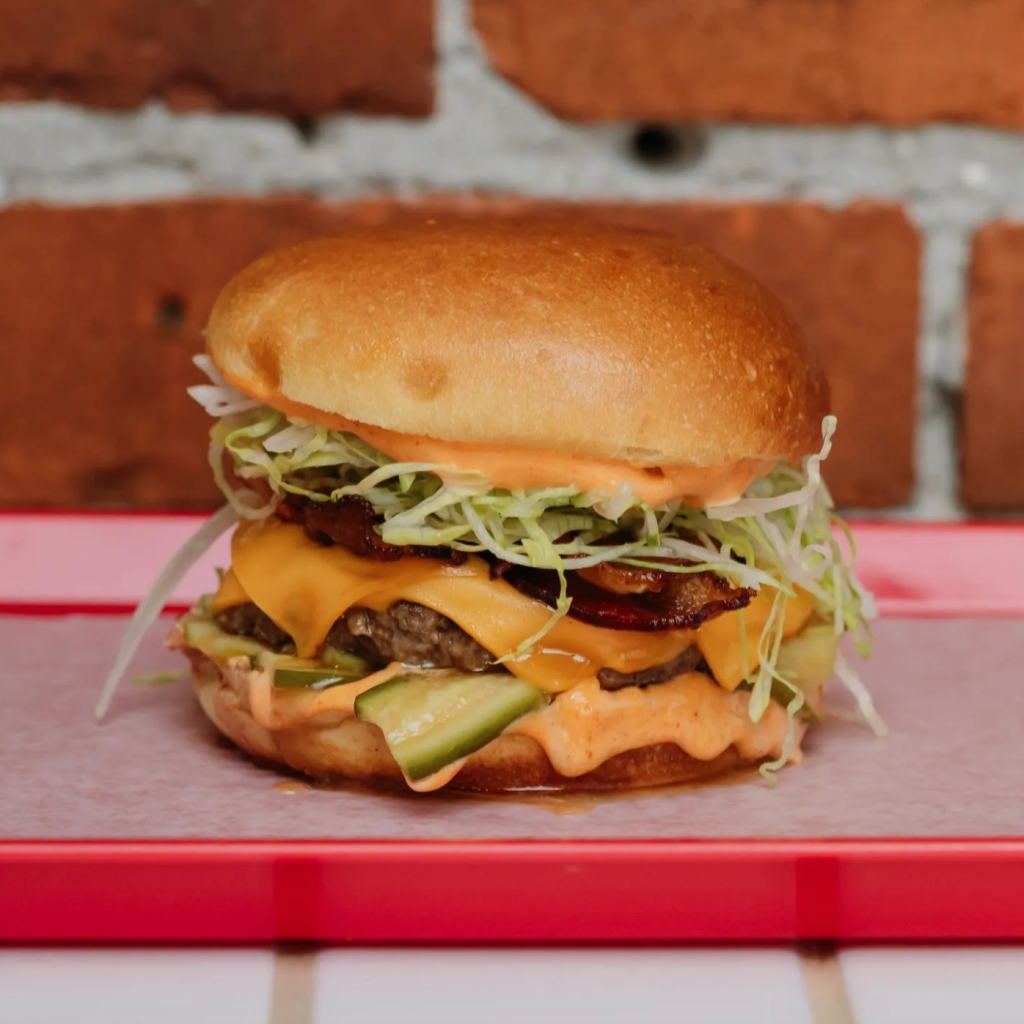 This one may seem like an obvious pick for burger lovers in the know. However, if it’s not, and you’re only hearing of Hundy now, where have you been?? A straightforward approach with just the essentials (lettuce, tangy pickle, Hundyu sauce, cheese melted just right,) Hundy’s burger tastes like it’s from an unassuming roadside burger stand that does one thing and does it right. Who would have known you’d find it in a trendy Kits resto/cafe? With an established pedigree for grilled goods, they’ve now opened a Yaletown location.

Transit:
Kits- Take any bus along 4th Ave, and hop out at Maple St.
Yaletown- Take the Canada Line to Yaletown Roundhouse, and walk up to Homer Street 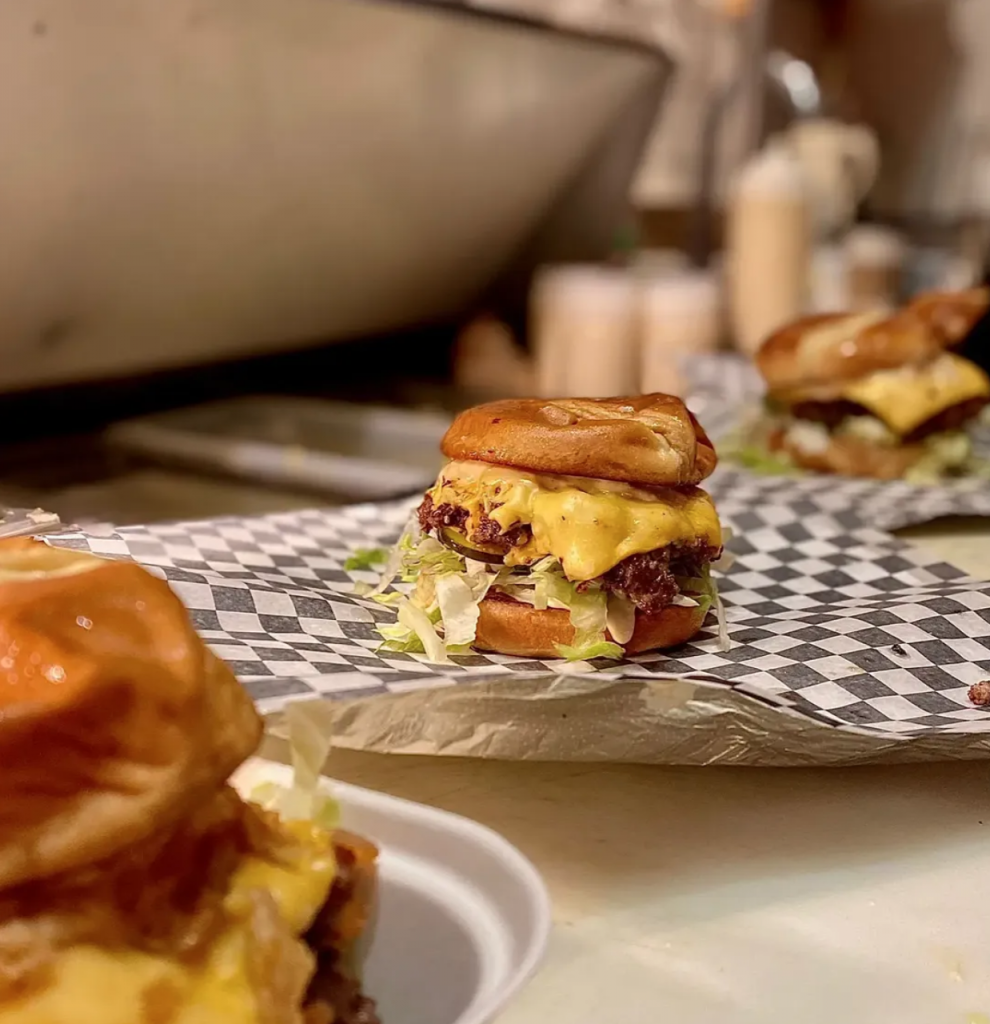 Between 2 Buns has built its name on an uncompromising burger-vision. Buns, patty, cheese, pickle, lettuce- NO MODIFICATIONS. Don’t like pickles? Pick it off. Want an extra pickle? Then order an extra burger. It’s an admirable dedication to purity in a world obsessed with personalizing every meal component. The only thing we would recommend asking for is extra napkins (they allow those)- this is a smash burger which means there’s a little extra juice and gristle to it. Other than that, you’re best to keep your requests to yourself.

105 E Pender St, Vancouver
Transit: Take the 22 Knight bus, and get off at Carral Street

For a while, this elusive burger mobile was our white whale. We’d only hear about its location the day of, and by the time we’d arrive it had vanished in a plume of tantalizing smoke. But last year, we were finally able to nail down its whereabouts, and we can say that each bit lived up to the mythical expectations. This one is quintessential umami flavour- not sure how else to put it, but that feeling tucking into just the right amount of savoury flavour. Sadly, at the time of writing this, the truck is out of commission after a fire in January. But be on the lookout for it if and when it gets back on the road. It will definitely be worth the wait.

The name truly says it all. If you’re looking to whet your appetite for burgers done to perfection with a choice of all manner of toppings (fried eggs, perogies, hummus), you’ve found the right place. This New West spot is famous for their decadent offerings. And for all you would-be burger heroes, the “Ernie’s Mile High” burger will earn you a spot in diner lore for years to come- just your casual sandwich with three pounds of beef (that’s eight patties!). For serious culinary athletes only. 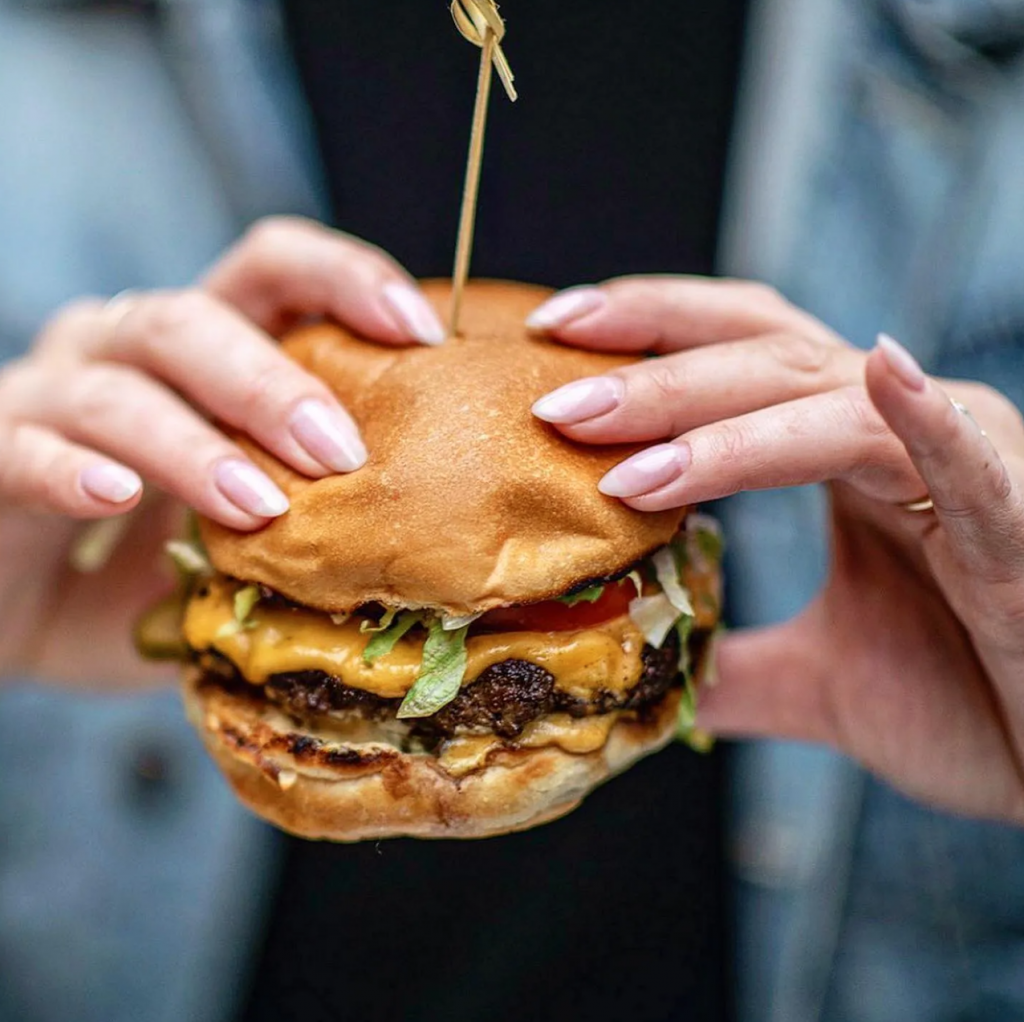 While the entire menu at this popular North Shore resto/bar is worth trying, their burger is definitely of note. Made with house-ground organic meat, their two delicious options, Animal Style and Gull style, exude that homemade burger taste that seems to escape so many eateries. Best ordered with a frothy pint of beer, this will become a summer ritual for you after one visit.

175 1st St E, North Vancouver
Transit: Take the Seabus to Lonsdale Quay, and it’s about a 5-minute walk from there. 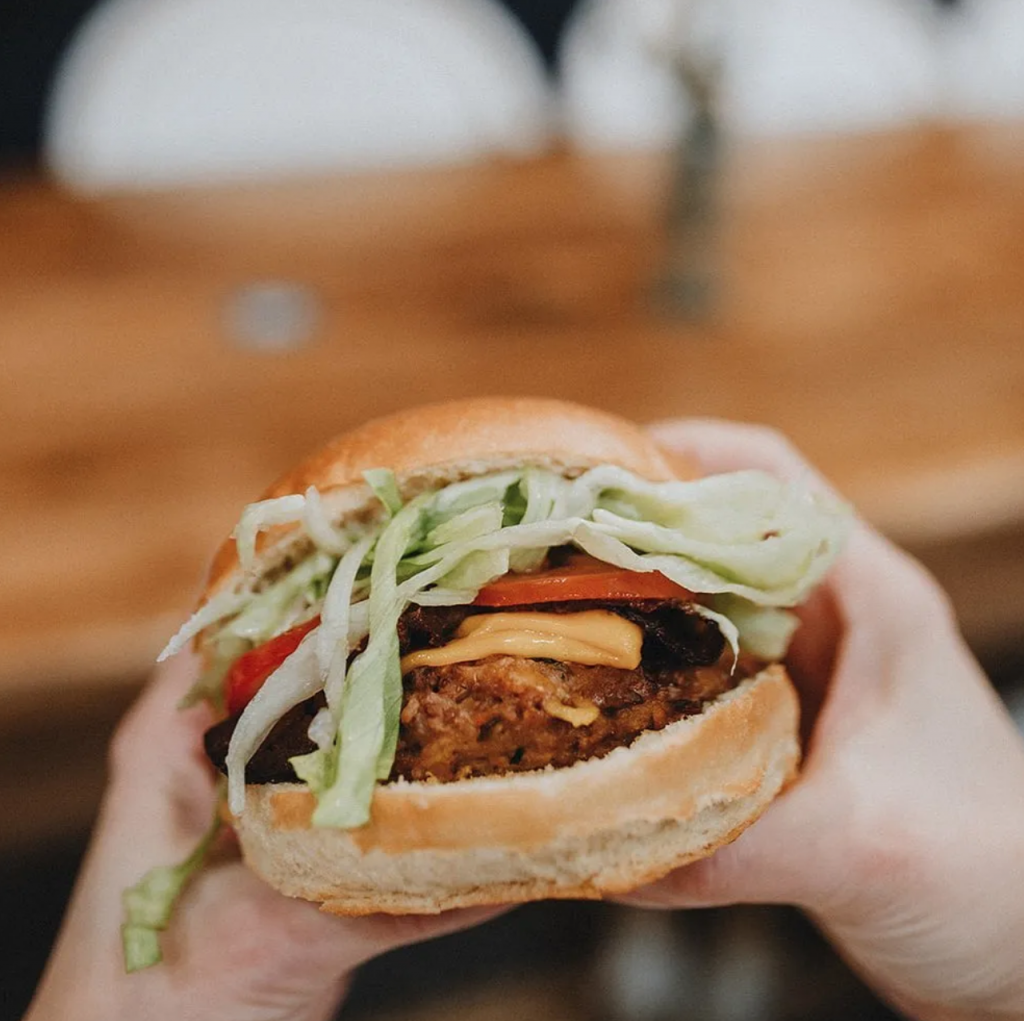 Hey, who says a burger needs to have meat to be delicious? If you’re a meat-eater who doesn’t indulge in meat-free fare once in a while, you clearly havent visited this Langley foodie destination. Their housemade patty is the secret to success here. Made with basmati rice, fresh vegetables and spices, it’s a burst of flavour that you just won’t find in every burger patty. Topped with Chimichurri Mayo, Yam Mustard and all the fixin’s, you might find yourself ditching the meat altogether moving forward.

*All photos care of each business, unless otherwise noted