Hillcrest Bakery is serving up something a little different these days. Owner David Moyer had to think outside the box when the 45-year-old bakery relocated due to construction in the burgeoning uptown White Rock area. What started as casual conversations with local breweries White Rock Beach Beer Company and 3 Dogs Brewing soon became a new business model: using spent grain from the brewing process at the bakery to create unique and tasty eats.

Canada’s West Coast is known for many things: scenic ocean and mountain views, hiking, biking, kayaking–pretty much every outdoorsy activity you can imagine–and craft beer. Yes, after a day on the water or in the woods, people love to grab a bite to eat and a craft beer to wash it all down with. So, is it really a surprise that a bakery would team up with some breweries to combine the two?

What is spent grain? In the brewing process, grains are added to simmering water to steep. After that step is complete, the grains are discarded, hence the term “spent grain”. Many breweries send their spent grain to farms, where it’s used to feed livestock. But this high fibre, high protein, low-carb grain can be used in other ways.

White Rock Beach Beer Company and 3 Dogs Brewing first approached Moyer to have Hillcrest provide some nibbles for their tasting rooms. “In two separate conversations with both owners over a beer,” Moyer says the brewers asked: “You know, we’ve got all these spent grains. Do you think there’s something you could do with it?”

Intrigued, Moyer did some research, found a few recipes, but then didn’t think much more of it. Before the move, Hillcrest Bakery was busy preparing, so diversifying his business was not Moyer’s priority. Fast forward a few months, however, and he realized the immense opportunity in front of him. What goes best with beer? Tasty snacks.

A little more research and Moyer was in the spent grain business. He’s now partnered with three breweries (Fuggles & Warlock is the most recent), providing food like nuts and bolts and pretzels made with spent grain. The nuts and bolts are based off of Moyer’s grandmother’s recipe. They swapped out the almonds for a spent grain chip, and voila, the perfect snack.

Before joining Hillcrest Bakery in 1988, Moyer apprenticed with a German-style bakery, so pretzels are dear to his heart. “These are spectacular pretzels,” Moyer says. “You’ve never had a pretzel that tasted this good. I guarantee it.”

Moyer receives wet grains from the three breweries. While he does use some of the grain in this format–in pizza dough, for example–he dehydrates the rest, and then mills a portion of that into flour. A question that came up early in the research and recipe development period was whether or not Moyer should be separating the grains into different beer types (like IPA, lager, and ale). Ultimately, Moyer and the brewers decided it would make most sense to separate the grain into three categories: light, medium, and dark. He uses mostly light and medium in his baking, as they provide the easiest-to-work-with flavour for pairing. Through experimentation, Moyer has found most recipes can tolerate between 10 and 20 percent spent grain flour in replacement of regular flour to create something that works–scientifically, that is.

While the brewery snacks are truly delicious, Moyer has also been using the spent grain in a variety of other products, including waffles, pizza dough, cheese sticks, chips, cookies, clusters, and three kinds of bread. The clusters come in several flavours, like hot chocolate with jalapeno, salt and pepper peanut, maple cranberry, and hazelnut with coriander and cumin. Four flavours with four beers, anyone? It’s the perfect flight. 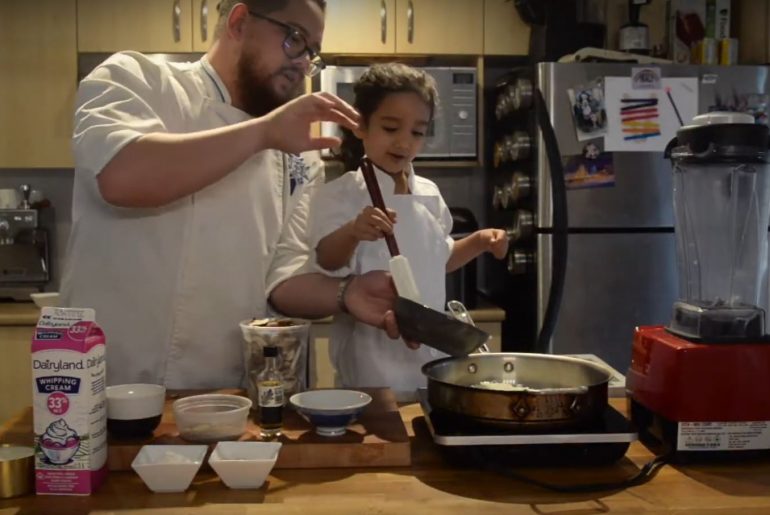 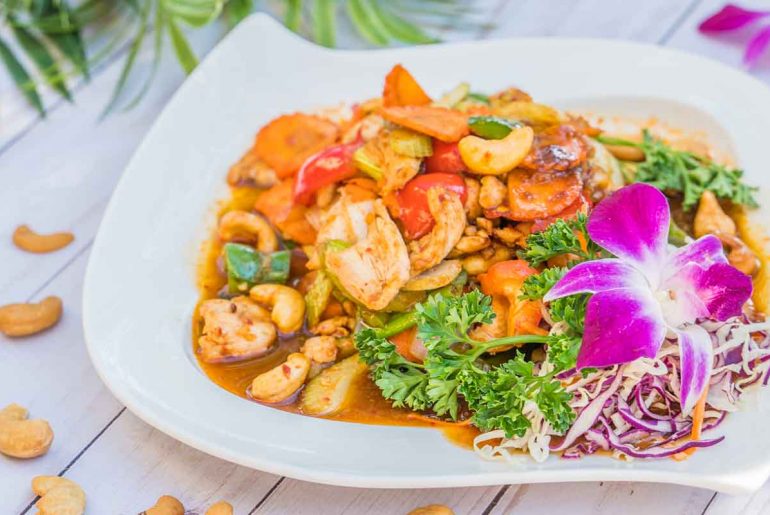