Learning from the past starts with a question. Or many questions. For Lisa Codd, curator at Burnaby Village Museum, one of her questions was, “how has Chinese migration to the Burnaby region affected farming practices over time and space?” And that curiosity has led to many ways that visitors to the Burnaby Village Museum can now learn more about the region’s history and how it relates to the foods we eat today. What’s more? The research all ties in to an interactive market garden and the Way Sang Yuen Wat Kee & Co. herbalist shop on site.

“We’re really interested in learning more about Burnaby’s early Chinese-Canadian residents,” says Codd. “A big part of what we’ve been working on behind the scenes is connecting with Chinese-Canadian farm families. Burnaby—especially in the Fraser River Big Bend area—starting in the late 1800s there were people coming from China… people who were farming land and growing produce to sell to residents. There are farm families living in Burnaby who have been farming here for generations, and we wanted to connect in to that story.”

To help make that connection and gain crucial context, Codd has been working not only with families in the region, but also with a group of academics from UBC. “Part of what we’re interested in is where they came from in China and what type of agricultural traditions they brought with them, and to [get] the picture of how they used knowledge from home to be successful farmers here.”

Research: What can we learn?

Research is being undertaken by a multi-disciplinary group of 20 UBC students from the Centre for Community Engaged Learning, Go Global, and the Asian Canadian & Asian Migration Studies program—the perfect match for a museum. The museum will serve as the site for their collaborative research project that explores migration from Kaiping, China to British Columbia, with a focus on the transfer of traditional agricultural practices, food consumption, and medicinal practices.

Codd gives us an example of how Chinese farming practices were used in the South Bend region of Burnaby: European farmers were struggling with drainage and losing their crops to flooding. “It had actually been cranberry bogs there, and that connects to First Nations’ history too,” says Codd. In early survey plans, Codd says we can see that Chinese farmers dug their ditches in a way that created better drainage in the area. “[The men] came from southern Guangdong and travelled here. That knowledge of diking and drainage was helpful.”

In the 1800s, many of the farmers coming to the region would have been single men who leased the land. Groups of them would work the farms together and found great success here. “If you go to farms in the Big Bend area today—like Hop On Farms—they’re still farming intensively,” says Codd. “They’re not huge farms; they’re small farms, always have been, and still are. And they’re specifically growing things that mature quickly, so they can get more than one cycle in: a high yield. We see this in the areas of China that are the origin communities, and then we see that happening here as well.”

The UBC students are traveling to some of those origin communities, like Kaiping in the Guangdong Province, west of the Pearl River Delta. They’ve taken with them information about local Burnaby farming practices and will learn what they can about farming traditions in those regions of China.

The research will be used to develop interpretive strategies for Burnaby Village Museum exhibits, including signage, hands-on activities, and scripts. But the students will also be on site in July and August to answer visitors’ questions and then also use that to inform further research and museum exhibit materials.

The Market Garden: Can we grow it?

Part of the exhibit about Burnaby farming practices will be an interactive market garden. Open May 5 to September 3, the garden is where visitors can attend a workshop about Burnaby’s Chinese-Canadian farming techniques and learn how to care for a variety of plants and ensure a bountiful yield.

Burnaby Village Museum wants families to attend these workshops as a way to learn that’s not just about reading displays. “Parents appreciate a bit of text and background information that they can refer to and interact with their children,” says Codd. “But we also have volunteers and staff to have conversations with people. And then demonstrations: the garden will have that sense of a demonstration; there’s some text and images, but really how we’re going to talk about the market garden is… we built one!”

Many visitors have the assumption that in the past, Chinese-Canadian market gardeners were selling to other Chinese migrants. But they largely sold to the general population. The market garden at Burnaby Village Museum has plants like spinach, kale, tomatoes, and zucchini—food you would find at your local farmer’s market. “But we’ll also grow a couple rows of Chinese vegetables, like bok choy and gai choy,” says Codd. They also have an herb garden. “Things like parsley that you’re selling as produce, but there could also be herbs that are used for herbal remedies. The line between food and medicine is much more blurry in Chinese culture.”

The Herbalist Shop: How was it used, and does it still exist?

And that brings us to the Way Sang Yuen Wat Kee & Co. herbalist shop. The shop operated in Victoria from 1905 to 1971, one of many herbalist shops in BC. In 1974, Burnaby Village Museum bought the entire contents of the shop and set it up at the museum. “And here it sits,” says Codd, “sort of a little time capsule.”

Here, Codd has more questions. While the space itself is fascinating, Codd wants to understand the context: “What are the medicines that we’re looking at? How were they prepared? How are the various tools used? How many people worked there? What were their jobs?” With the help of the UBC students, these questions are being answered and that knowledge is being passed on to museum visitors.

Codd has given the students numbered photos of the artifacts in the museum to bring with them to China. They hope to identify the objects, but also gain additional context. “Do these plants still grow? Are we still using them? How do they grow? Where do they come from? Do you also eat them? How do you eat them? What’s a recipe?”

Many of these questions have now been answered, so visitors to the herbalist shop can learn about local and Chinese foods and medicines when they come to the museum. Codd still has one unresolved question though: “Where did everything come from? Today, things like ginseng are grown in British Columbia, but was there a time when the sources of ingredients changed?” Packaging in the shop suggests everything was coming from Hong Kong, but Codd believes that it was likely just the distribution point for a much broader set of producers. “That’ll be fascinating to begin to piece that together.” 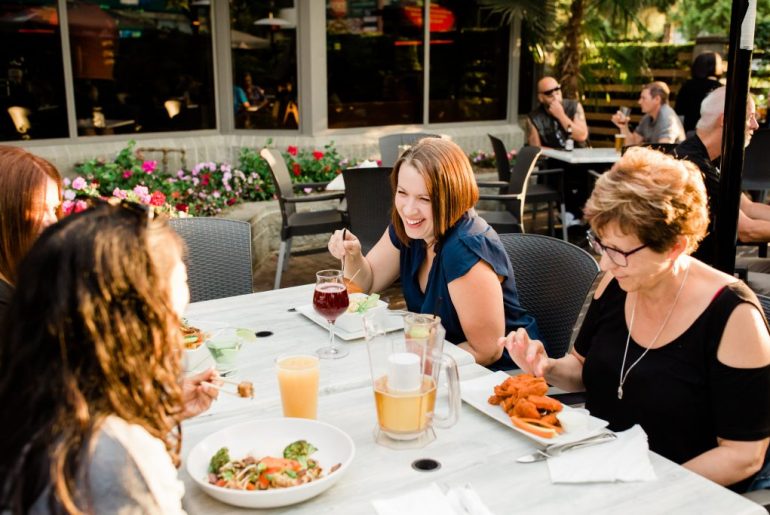