In the 1970s in Hong Kong, Andrew Leung was still a young adult unsure of what path to take when his father encouraged him to work at a restaurant. His father, a fireball restaurateur who managed several eateries, asked the chefs at the restaurants he managed to mentor his son.

Over 30 years later, Leung is the owner of Gain Wah Restaurant in Vancouver’s Chinatown and still makes his char siu (barbecued pork) the exact same way his teachers showed him. 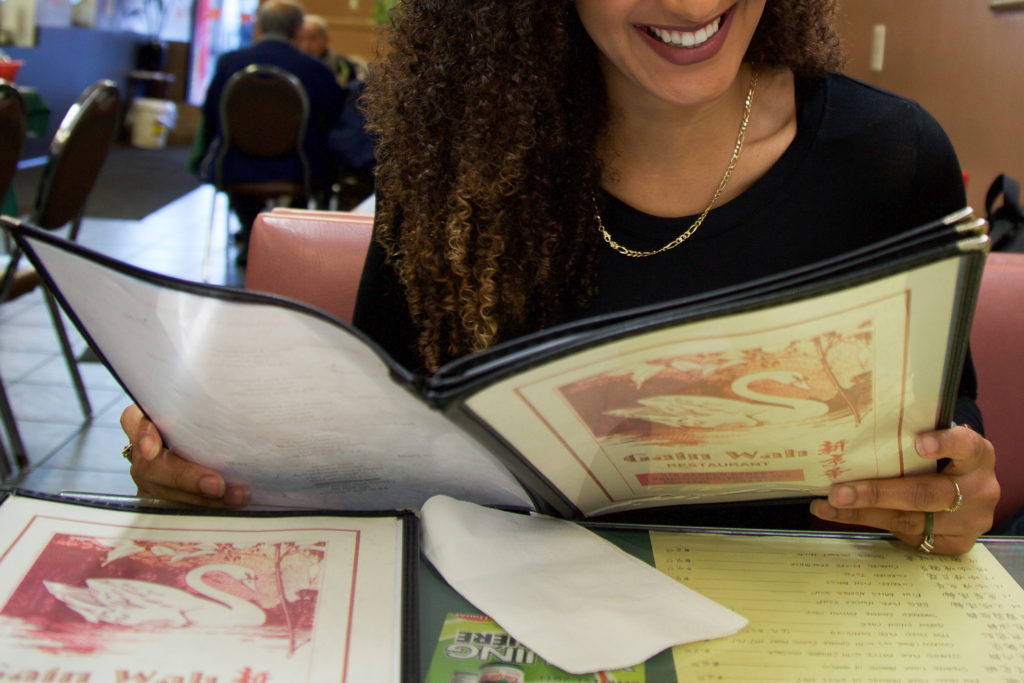 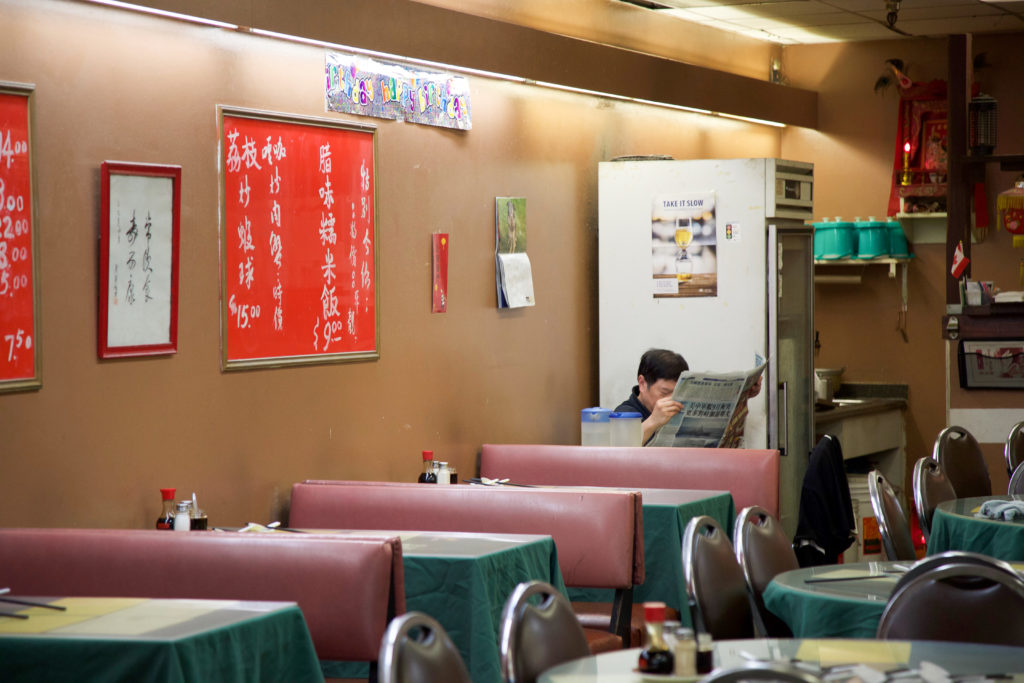 Gain Wah opened in 1981 and has been a mainstay in the community ever since. By appearance, the restaurant is rather unassuming–outside, the red canopy with yellow Chinese characters is weathered and inside, the dining furniture is timeworn. But in a time of rapid revitalization in the neighbourhood, for many community members in Chinatown, Gain Wah is a place of nostalgia that embodies the richness of Chinatown culture.

For over three decades residents in the neighbourhood have been going to Gain Wah for delicious traditional Cantonese fare at affordable prices. There is plenty to choose from with nearly 300 dishes on the menu – from siu mei (Chinese barbecue) classics like roasted duck, soy sauce chicken, and roasted crispy skin pork to western-style Chinese favourites such as General Tso’s chicken and chop suey. If you’re not sure what to try, popular dishes include the braised tofu hot pot, steamed sea bass in black bean sauce, homemade potstickers, and roast duck lo mein. The soups are another favourite with a different bone broth house soup served each day. 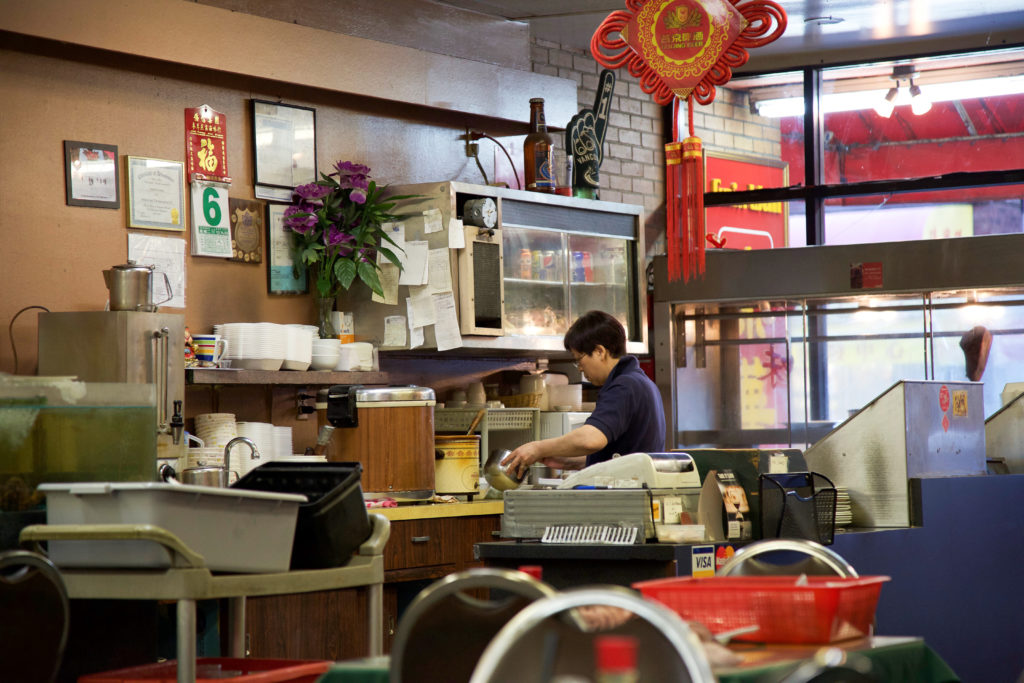 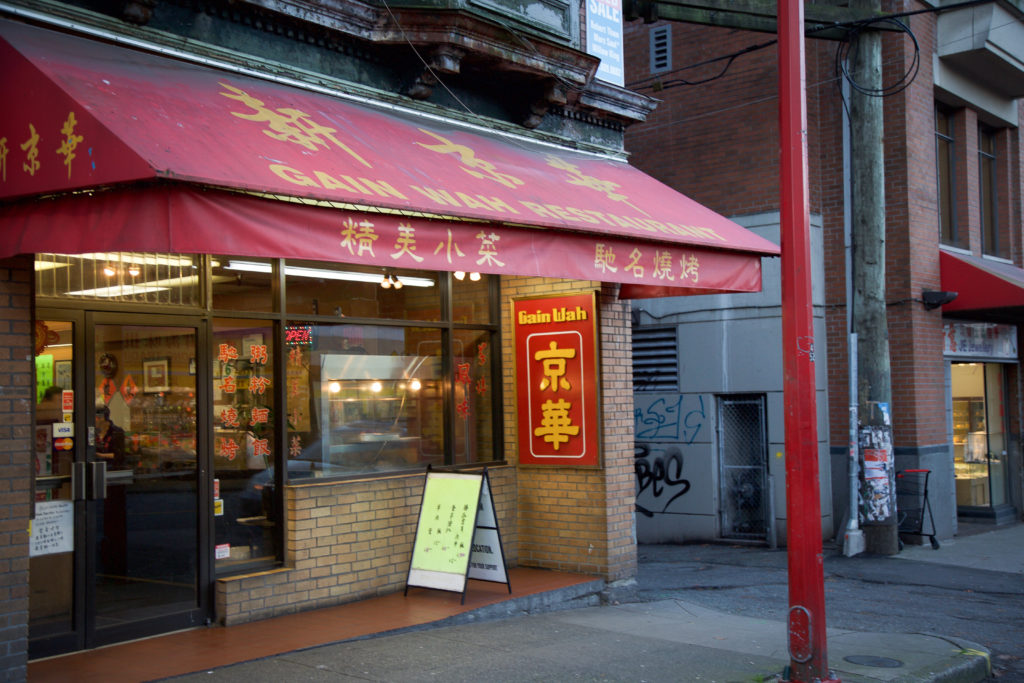 One of the most popular items on the menu is the char siu and some argue it’s the best in town. Leung says this is because despite there being easier ways to make char siu, he stays faithful to the recipe Hong Kong’s siu mei masters have perfected over the years. Leung makes his sauce in-house with fermented brown bean paste, shallots, minced garlic, malt sugar, soy sauce, five spice, and cooking wine. After marinating overnight, the dish is barbecued in the morning. The result? Juicy tender pork dripping in a glossy, caramelized sauce that’s both sweet and savory.

“I still cook my food the same way after all these years. It’s important for me to put time and care into all of my dishes. The old-fashioned way might take longer but it tastes better,” said Leung.

At Gain Wah, the walls are still adorned with Chinese calligraphy by Leung’s father. The wontons are still carefully cut and folded by hand. The menus are still handwritten on neon poster board with a permanent marker. And that old-school Chinatown diner charm is still very much thriving. For a taste of community, culture, and 70s Vancouver Chinatown nostalgia – be sure to make a stop at Gain Wah.