Ancora Waterfront Dining and Patio in False Creek Vancouver wowed the city with it’s Peruvian-Japanese influenced seafood and now The North Shore’s Ambleside is home to the new, second location. We chatted with both chefs to get the goods on their own stories.

Where were you born?

Raimund: On the Rhine River in a little town named Neuwied in Germany. When I was 10 years old, I moved to the medieval village of Bad Waldsee.

What was food like in your growing up household?

Ricardo: I can honestly say we had a very balanced diet growing up in Peru. Fresh vegetables were always from the farmer’s market and we ate lots of rice, potatoes, grains and legumes. Proper nutrition is something that was very important to my parents. We ate everything; plenty of fish, poultry and meat and even some more adventurous things like chicken blood, chicken feet, pork stomach and liver.

Raimund: If I remember back to my childhood, the food my mother cooked always had one main ingredient–love. Everything she prepared had her full attention and care. She was inspired by European cuisine and cooked a lot of French and Italian dishes, and German of course.

Did you cook at home during your childhood?

Ricardo: Yes. My brothers and I learned how to make meringue when we were very young. For a while it was a thing, we’d wake up early in the morning and make meringue – we were happy kids. When I was about eight or nine years old, I learned how to cook rice, fry an egg and make a salad so I was never hungry. My mom used to make a poor man’s Asian-style chicken dish with chicken marinated in soy and ginger and baked, served with garlic rice sliced tomatoes and French fries. I love that dish, so simple, so good. I used to stand beside my mother when she made it so I could watch her and learn how to recreate it myself. When my brother and I were hungry, I was always there to save the day.

Raimund: I didn’t cook a lot at an early age but I loved to bake. The cooking part came later when I was looking for a part-time job while completing my carpenter apprenticeship. I took a job as a kitchenhand at a local Spanish tapas bar and instantly fell instantly in love with cooking and hospitality.

Where did you study culinary and when?

Ricardo: I went to Dubrulle French Culinary Institute of Canada in 2003.

Raimund: I completed an apprenticeship at the world-famous Hotel Adlon in Berlin. The program was three years of hard work in a dual system with study at the Brillat Savarin Institute. It was an honour having the opportunity to study at this prestigious Hotel and University. This is also where I met my first mentor Thomas Neeser, who is now the executive chef of the Grand Hotel Du Lac in Vevey, Switzerland.

What’s the most rewarding experience in your earlier days? Any mentors?

Ricardo: As a student, I had a privilege of doing my practicum at Diva at the Met when it was in its glory days. At the time, chefs like Quang Dang and Hamid Salimian were line cooks with a prominent future. I spent about six weeks with each one of them. Without knowing it I was already receiving mentorship.  Everything they did couldn’t be less than perfect and when I did something for them–even if it was simple–it had to be the same way. That discipline and passion shaped me as a young cook. After that I went to work for Frank Pabst at Blue Water Cafe, where I spent my first three years as a young cook. Little did I know I would come back again, twice! His mentorship again was key in my development as a chef.

Raimund: I have been fortunate to work at a number of acclaimed restaurants in Europe, New Zealand and North America and learn from some true global culinary talents. Highlights include studying under Heiko Nieder at the Grand Hotel in Switzerland, working at the Wine Chambers Restaurant in Auckland and at Blue Water Café in Vancouver. I am so grateful now to be working with the team at Ancora and collaborating with Chef Ricardo Valverde.

Tell us about your signature dish.

What style of cuisine do you serve at the restaurant?

Ricardo: We specialize in Nikkei cuisine, which is a traditional blend of Peruvian and Japanese. I like to put my own personal touch on all the dishes and use local seafood and ingredients when possible. You could describe the menu as a Nikkei style with a West Coast approach.

What were your biggest challenges as a chef?

Ricardo: Putting a solid team together, where everyone gets along and works as a team to make a restaurant a success.

Raimund: My biggest challenge has been learning to always move forward. I had to learn to take the criticism from my instructors and mentors and turn that into a positive learning experience while maintaining my passion and love for what I do. In this industry, it’s easy to get burnt out and run down but I always find my way back to the kitchen. After you fall, you have to stand up and continue walking.

Any advice for young people who aspire to be chefs or restaurateurs?

Ricardo: Being a chef is a commitment. You marry your career and sometimes you are required to put it first above anything else. Being a chef is beautiful and requires passion to do it, but not every day will be bright and radiant. There will be obstacles, difficult days, weeks and months, but if you always go back to the basics and remind yourself of why you became a chef–that passion to express your inner art through food and to deliver an experience that no one else is offering–then you will smile again and recharge to keep going. This career is beautiful and rewarding as long as you don’t give up.

Raimund: Cooking is constant movement. Always keep your curiosity and will for education and continue learning. Cooking is a never-ending story. Cooking defines culture, coming together. Food is the only thing that touches all five senses at once. Eating is a gift and true pleasure. You should always try to find high-quality ingredients and eat what is in season – it just tastes better. 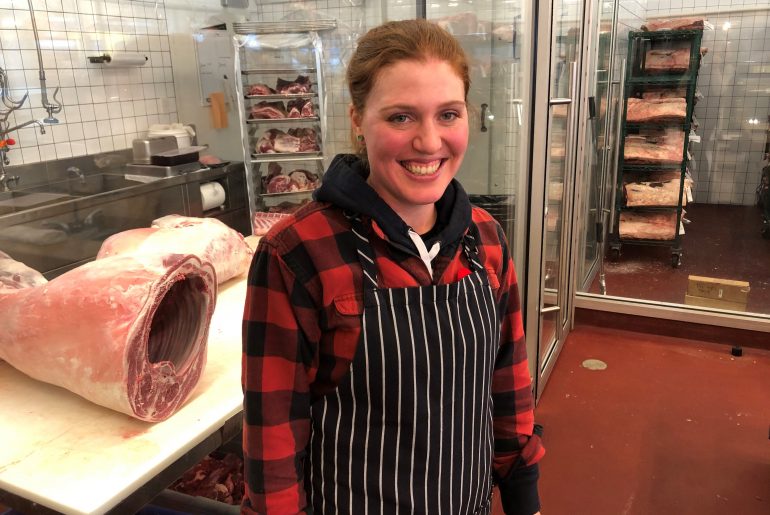 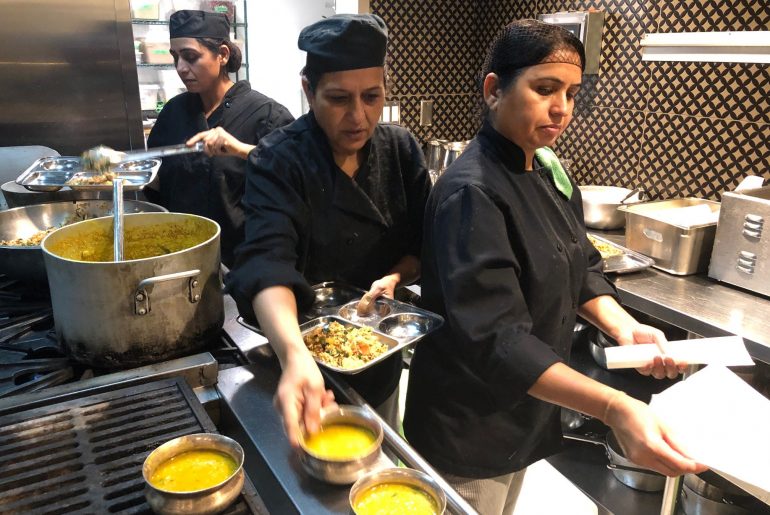