Chew on This Tasty Tours offers a unique, personal dinner experience with celebrity chef, Vikram Vij. Here’s how it started and how it’s going.

By Lise Hines, Owner of Chew on This Tasty Tours

In 2014, Globe and Mail writer Marsha Lederman was interviewing Season Nine’s newest Dragon, Chef Vikram Vij, who stated,  “I am going to give that person that love and that attention and see how much fire that person has in their eyes, how much passion they have and if that is [the case], then I’m going to let them be the ruler of their own fate. I’m just going to give them that helpful hand.”

Lederman went on to observe that, “Chef Vikram’s positioning himself as the “Dragon with heart” is a bit of show business in itself, [but] it is completely consistent with his personality – and jibes with his own story.”

Chew On This Tasty Tours was born out of the pandemic. The entrepreneurial spirit in me wanted to bring attention to small, local businesses that were navigating the challenges of the pandemic. In curating small-town, food-focused walking tours these businesses gained a new following beyond the big city as tourism destinations.

In July 2021, Discover Surrey invited me to curate a tour based on the Surrey Spice Trail. Ready to add another community to my culinary tours and intrigued by the uniqueness of the Spice Trail & its cultural diversity, I took it on. One of the restaurants I chose to feature was Chef Vikram’s restaurant, My Shanti. Through the collaboration on the food tour, we cultivated trust and respect with management and staff at the restaurant and with Chef Vikram himself.

In early 2022, I went for a family dinner at My Shanti. We were fortunate that Chef Vikram happened to be in-house that night. It was a quieter weekday night at the restaurant so we were able to chat & he made suggestions to us about what to eat. He told us stories about the food and invited us into the kitchen to watch the process of naan-making in the tandoor oven. We left giddy from the warmth of Chef’s hospitality. It was following this memorable evening that I thought to myself, “If I enjoyed it that much, wouldn’t others too?”

From conception to launch night was three months. Of course the initial step was one of the biggest of the entire process for me personally. Although Chef Vikram was known as the “big-hearted dragon”, I knew that he was not frivolous with his schedule. He has many successful ventures on the go and more importantly values his free time with his friends and family. And as the industry recovered from the pandemic he would be at the restaurant less frequently. Reaching out to him to have the conversation felt bold. Risky.

What if the Chef said no? But I did it anyway.

And so the initial message went to him, “I have an idea for a collaboration between Chew On This Tasty Tours and you that I would like to discuss when you have a moment. “Surprisingly his response was fairly fast and gave me hope, “Sure. Let’s talk soon.”

It took less than one month from that exchange until we ironed out the details of the feast and the overall structure of the evenings. And two weeks later we had launch night.

Since we launched in May ‘With The Chef’ by Chew On This, we have had almost eighty-five guests join us for this experience with Chef Vikram. In that time he has also balanced launching a new business in Ontario called Bombay Frankies, several speaking engagements across the country and travelling overseas for a celebrity appearance. And yet he shows up for our ‘With The Chef’ evenings, the ever-gracious host to welcome folks for this intimate and interactive dinner.

And they have come from all over! Early on there was a group of five foodie women who came from Ontario and Chef Vikram engaged them with stories of food and travel and India. Some of them purchased his cookbook and when he finished signing their copies, he thumbed through; giving them pointers for the kitchen and highlighting his favourite recipes.

A team of seven department heads who ran a local retirement community joined us following a challenging two years throughout the Pandemic. This indulgence was just what they all needed to celebrate each other and their resiliency. Despite the size of the group, Chef has the knack to make each one feel special. Their review read, “it was such an awesome evening!! Everyone thoroughly enjoyed absolutely everything about this night. Thank you [Chew On This], you made it so easy and fun!”

We had the loveliest couple come from Toronto for their 30th wedding anniversary. The husband planned the whole experience as a surprise for his wife for their anniversary. We worked with him in advance to ensure that the evening was exactly as he envisioned. She had followed Chef Vikram’s career for 15 years since watching him on Marilyn Denis’ CityLine. When they arrived and Chef Vikram welcomed them she was overwhelmed with joy. They sent a note of thanks saying, “[We] enjoyed the evening thoroughly and Vikram spent a lot of time with us with some genuine interest as we learned more about him and his journey. We think you have a great business idea worthy of expansion to Toronto!!”

Attendees have come from Washington State, Ottawa & even just across the street from the restaurant to have the experience. For Chef, welcoming guests into his restaurant is like welcoming friends into his home. He loves knowing a little bit about our guests and ‘With The Chef’ accommodates this far better than a regular walk-in or reservation.

Chew On This Tasty Tours connects with our guests prior to the evening in order to provide Chef with a bit of background on the guests. It sets the connection between guest and Chef in-motion long before the in-person meeting and makes for a more meaningful experience. Chef Vikram cultivates a community of mutual respect and value in his staff.

For each event, I arrive at My Shanti to set up the ‘With The Chef’ curated menus and gifts about ½ hour before the guests arrive. On most evenings I am offered a cup of chai to share with the rest of the My Shanti community. This ceremony is how they begin their evening of service. It feels like an equalizer. Staff often remark how much they enjoy the nights when he is in-house and appreciate that he works alongside them regardless of the task. The overall message that it was “one of the most memorable nights of my life” is not unique to just one or two of our guests. It is a constantly repeated sentiment and what we at Chew On This have sought to facilitate with this opportunity. More than filling their bellies with the eleven dish feast, we have curated an opportunity for guests to fill their souls with easy conversation and meaningful connections.

Although ‘With The Chef’ was an idea that came to be long after his departure from Dragon’s Den in 2014, secretly I like to pretend that I got a deal with a Dragon. Or to use the word according to the TikTok definition, I “slayed” it.

To book your dinner with Vikram Vij, connect with Lise at Chew on This Tasty Tours. 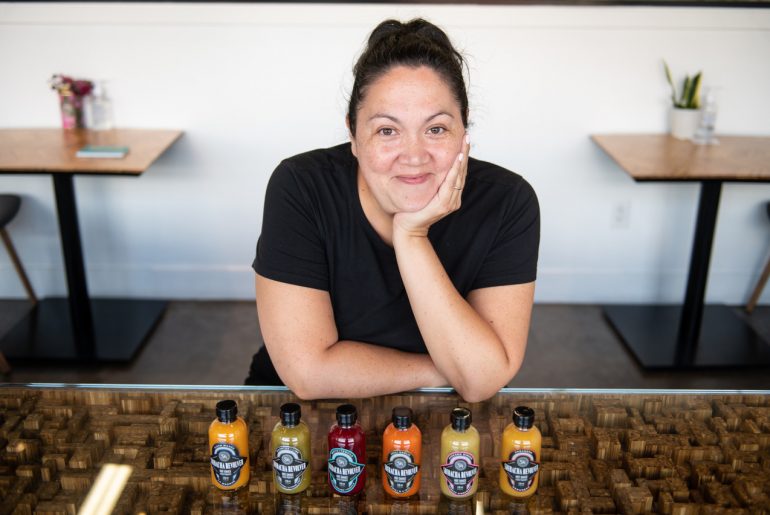 Sriracha revolver’s Jordan Hocking on the Secret to Her Sauces 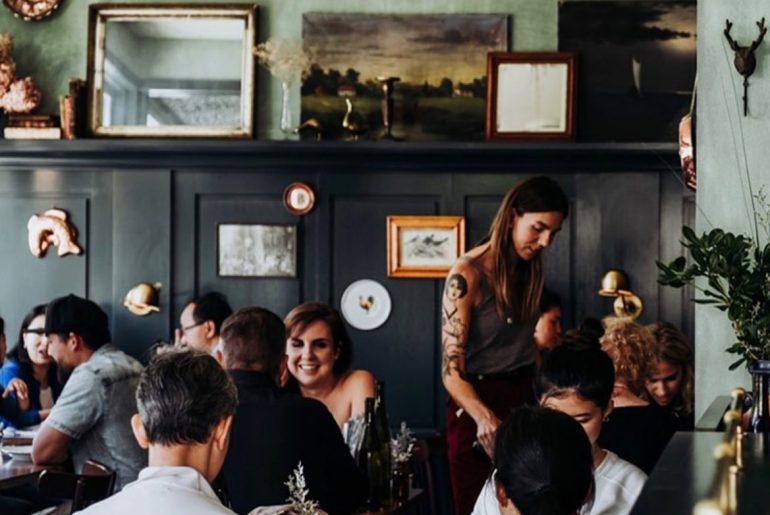 Michelin Vancouver, Where Should you Begin? 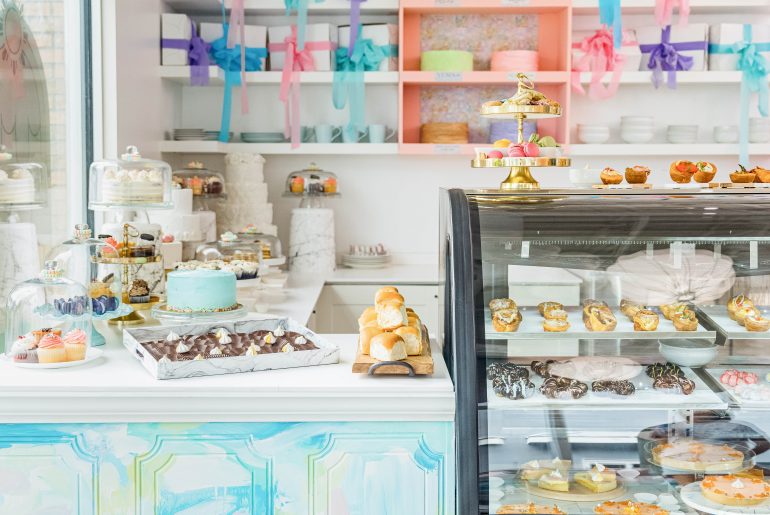