On a late weekend visit to Le Marché St. George, we shared the long table with two women who gazed about the cozy interior as they cupped their lattes in both hands. “Imagine if you lived in this neighbourhood,” one of the women said. “And this was your spot.”

Indeed, it is the way this café-cum-general store makes you feel. Like that bistro you stumbled into on your first morning in Paris, or that bodega on your last night in New York. Like you are out in the world and at home all at once. 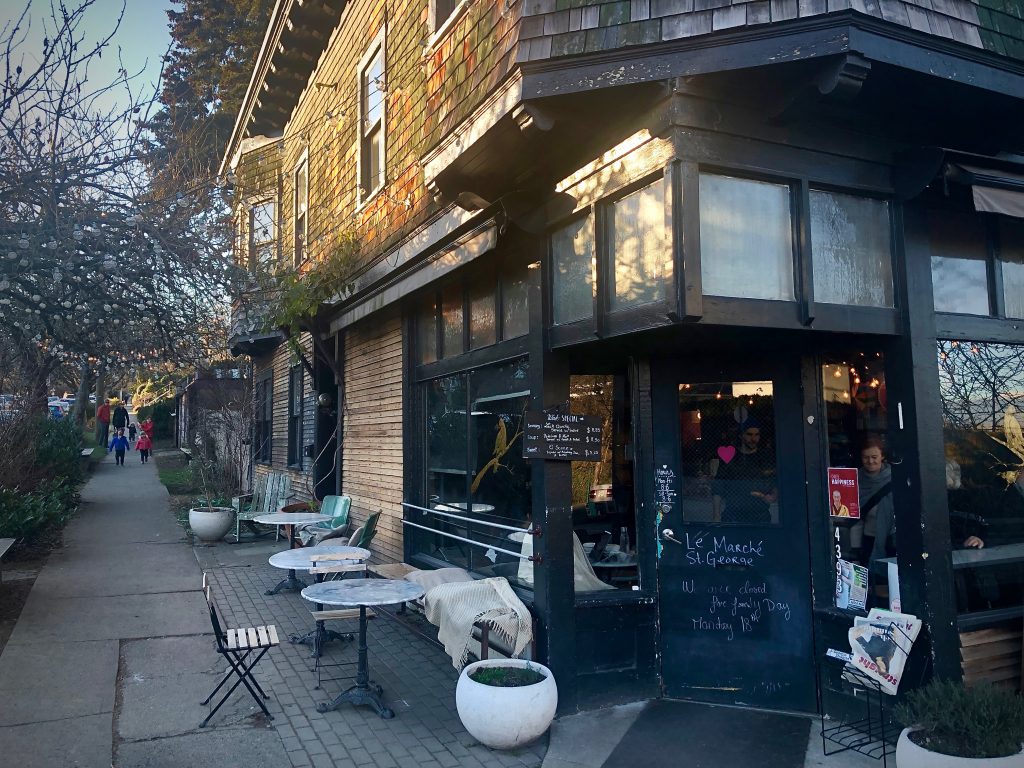 Tucked into the bottom of a two-story mismatched-shingled building at 4393 St. George St, the café has captured the hearts of its Kensington neighbourhood, in part by fostering a feeling it’s been here as long as its hundred-year-old building, not just a near decade. Dark green paint that’s chipping on corners and weathered wallpaper recall the turn of that century, as does the humble provisions displayed like museum pieces on square shelves. Imported Italian olive oil and tomatoes sit side by side with local artisanal fare like honey culled from East Van beehives.

The menu is writ large on the back wall and is full of French comfort. Quiche, crepes and croissants beckon. Of the three dishes to which we narrowed our choices, two of them were sold out by the time I made my way up to the counter to order and we had to adjust our sights. You can take a couple of things from this. One, go early. And two, rest assured that it’s all good, if our second choices are any indication.

The crepes were first and came light and fluffy, yet held up to the generous portions inside. Ours was caramelized onions and mushrooms with gruyère cheese that was sweet and earthy with a touch of thyme. The quiche with ham, bacon and béchamel was next. Dense and creamy with a hint of nutmeg and cut through with the sharp salt of the pork.

When our third dish arrived, the veggie pot pie, our host took a look at the table and went and returned with a third set of cutlery. I sheepishly told her it wasn’t necessary, it only looked like too much food for two people. Truthfully we too wondered how we could possibly – but hey, duty calls. The crust alone was so golden buttery good, you could have thrown almost anything into it and it would have been a winner. Even then, the herby combination of snappy peas, corn, potatoes, lentils and yams elevated the dish to grandma’s-holiday-dinner levels. 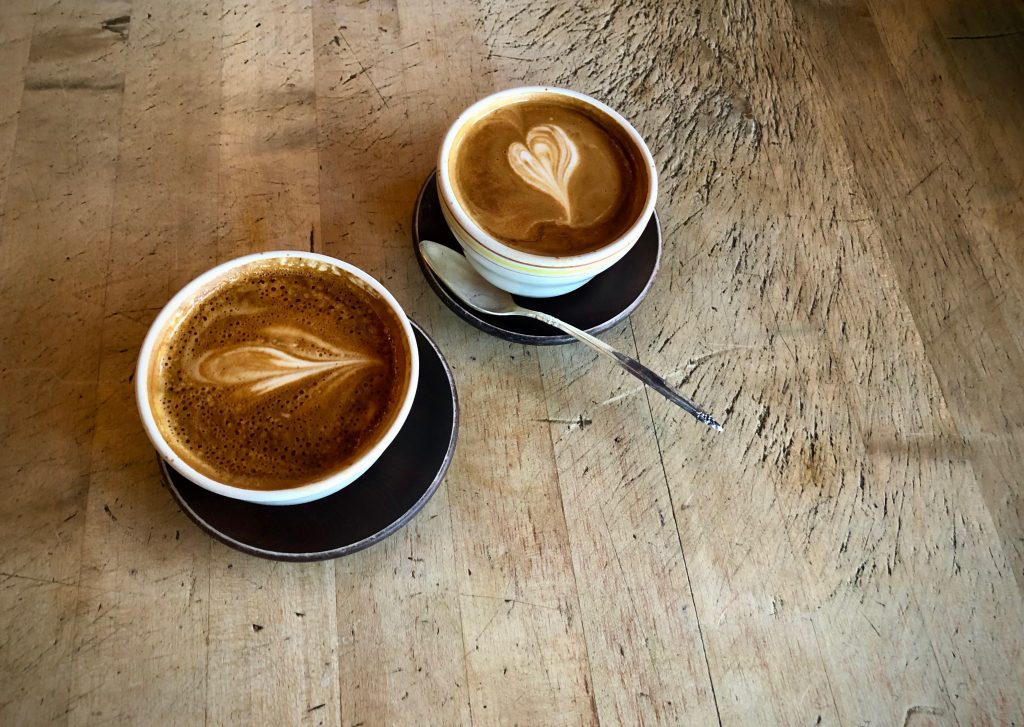 Our cappuccinos came expertly made in small ceramic bowls on turned wooden saucers. Another hit of rustic charm true to the rest of the room. (No surprise here, as co-owner Janaki Larsson is herself a renowned potter.) We had some coffee left when a tray of freshly baked treasures arrived at the counter to be transferred to the antique display case. We eyed the croissants and pain au chocolat and knew we had further to go.

We opted for the almond croissant, just enough sweetness and no more, and a banana and coconut macaroon, like a gooey banana bread that was pulled from the oven a bit too soon, in the best way.

No sooner had the display cased been filled, when the room roared to life once more as a young family of six, all bundled against the February chill, tumbled in to eagerly pick it apart again.

The kids shouted their orders to their parents as they made a bee-line for the wooden box of toys under a cabinet selling home-made soap, and the littlest one climbed onto the rocking horse in the corner, as if they knew the toys would be there waiting for them, as if this was their neighbourhood and this was their spot.’