When it comes to Vancouverites naming their favourite YVR district, typically, it ends up being where they’d direct tourists to. But while those areas all have their charms, Cambie Street Village has something distinctly singular about it. Of all the neighbourhoods in the city, Cambie is one that exudes a sense of community. While it could be chalked up to it being a bit more localized than most YVR districts, for us, it’s because it’s built around community niches. Whether you’re looking to take in a comedy show at the Kino Cafe or rent a flick at one of the city’s last video/DVD businesses, it would seem like there are countless niche communities served by this little stretch of road.
You can’t walk 10 feet without being drawn into one of the small businesses here, be it via outstanding gift ideas, or the tantalizing smells from each restaurant or bakery. This brings us to why we’re all here in the first place, the FOOD! No matter what mood you’re in the market for, Cambie Village is ready to offer the answer to your cravings. 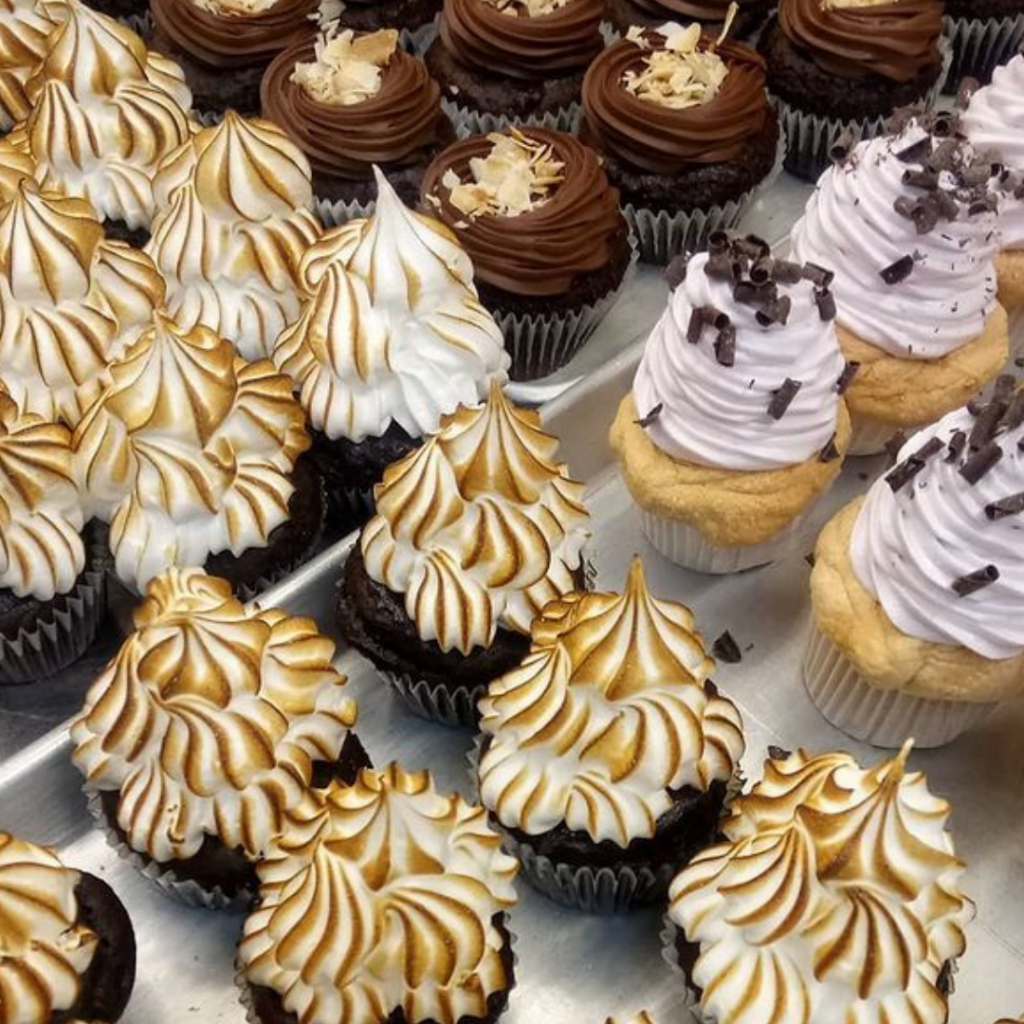 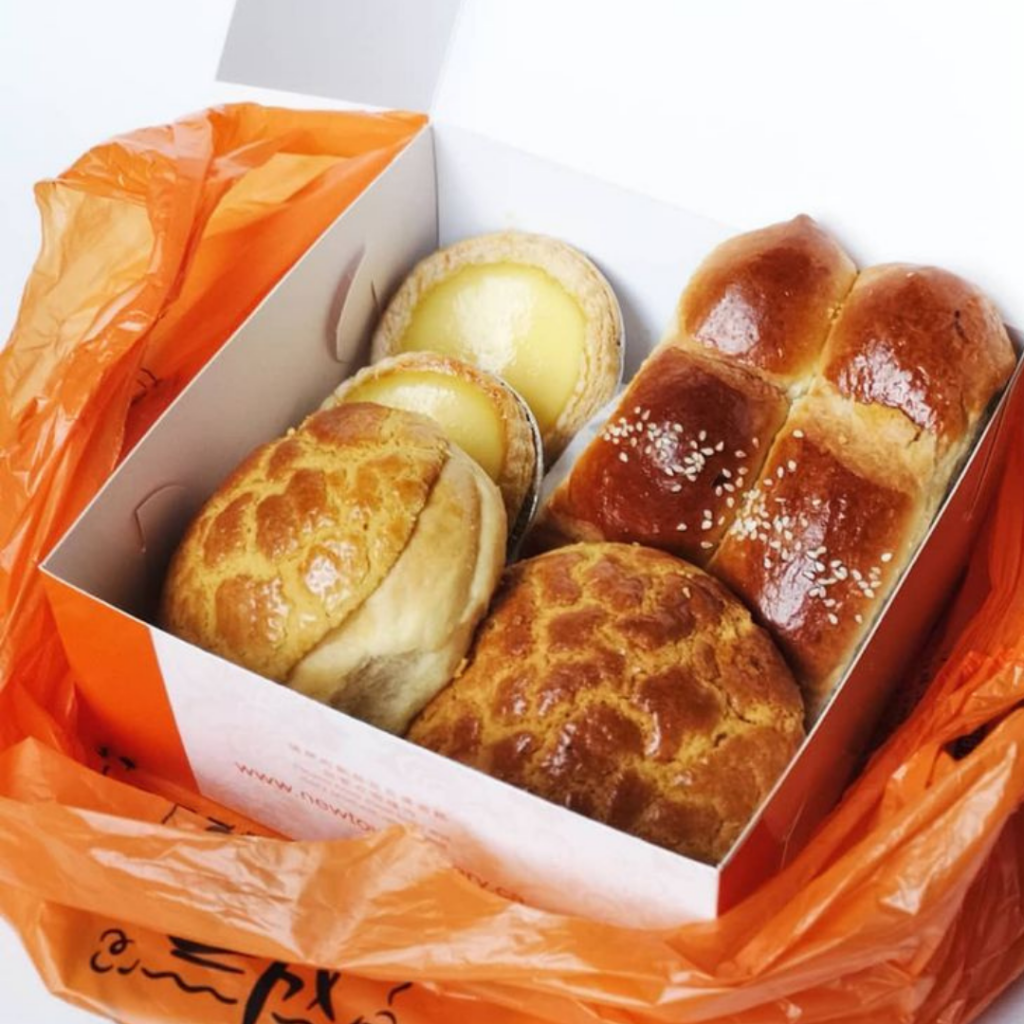 The different bakeries of the area speak to just how varied the tastes are on Cambie. If you’re looking for a little something to leave on your sweetie’s doorstep, you’d do well to start your gesture here. For anyone with a gluten sensitivity, the treats at Lemonade Gluten Free Bakery are so good, that even if you aren’t GF, you’ll be swearing it off once and for all as you lay into your second campfire cupcakes
(light chocolate cake topped with lightly torched Italian meringue).
If you’re looking for an old standby, then Newtown Bakery is the place you’ll find Portuguese egg tarts that will stop you in your tracks. Wait, you’ve never tried one? Stop reading at once and go.
To close out this tasty trio, a visit to Piast European Bakery for homemade poppy seed rolls is surely in order. 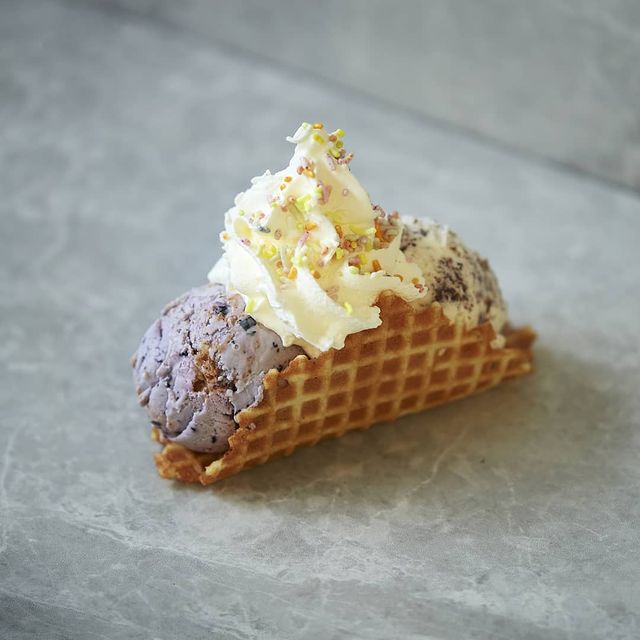 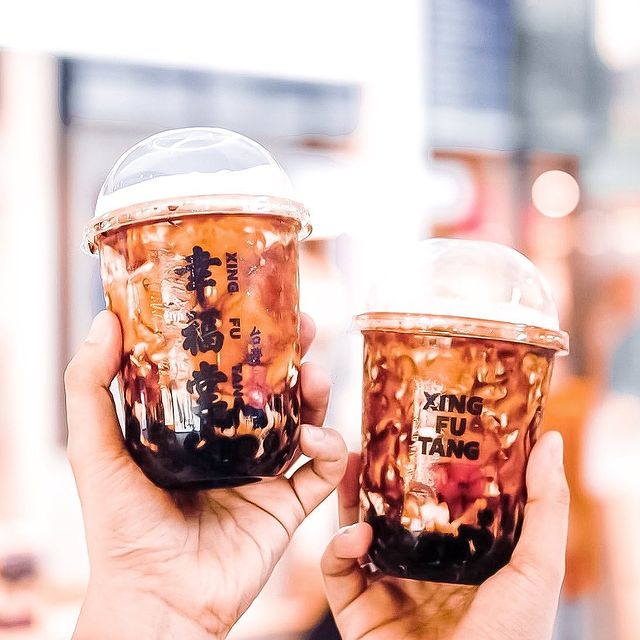 NOW we’re talking!
Let’s get serious, much has been said about the Vancouver ice cream boom of recent years, and while we won’t be so bold as to name any of the other participants, Rain or Shine has won our hearts fair and cone (that sounded better in the first draft). Their Cambie location continues that legacy with a bounty of creamy sweetness in every flavour. Our fave: Malted milk chocolate with honeycomb chunks.If you’re on the prowl for a good date spot, then Passion8 should be your go-to. The name says it all really, it’s a romantic ode to all things sweet.
The specialty here is the variety of Snow Mountains, decadent bowls of milk shavings topped with everything from matcha, mango, and our usual, honeyberry cheesecake. Finally, you can never go wrong with a brown sugar milk tea boba from Taiwanese boba bar, Xing Fu Tang. Once you try the velvety texture of these drinks, you’ll understand why there is often a lineup of wide-eyed sweet-seekers outside.

Something to take the edge off 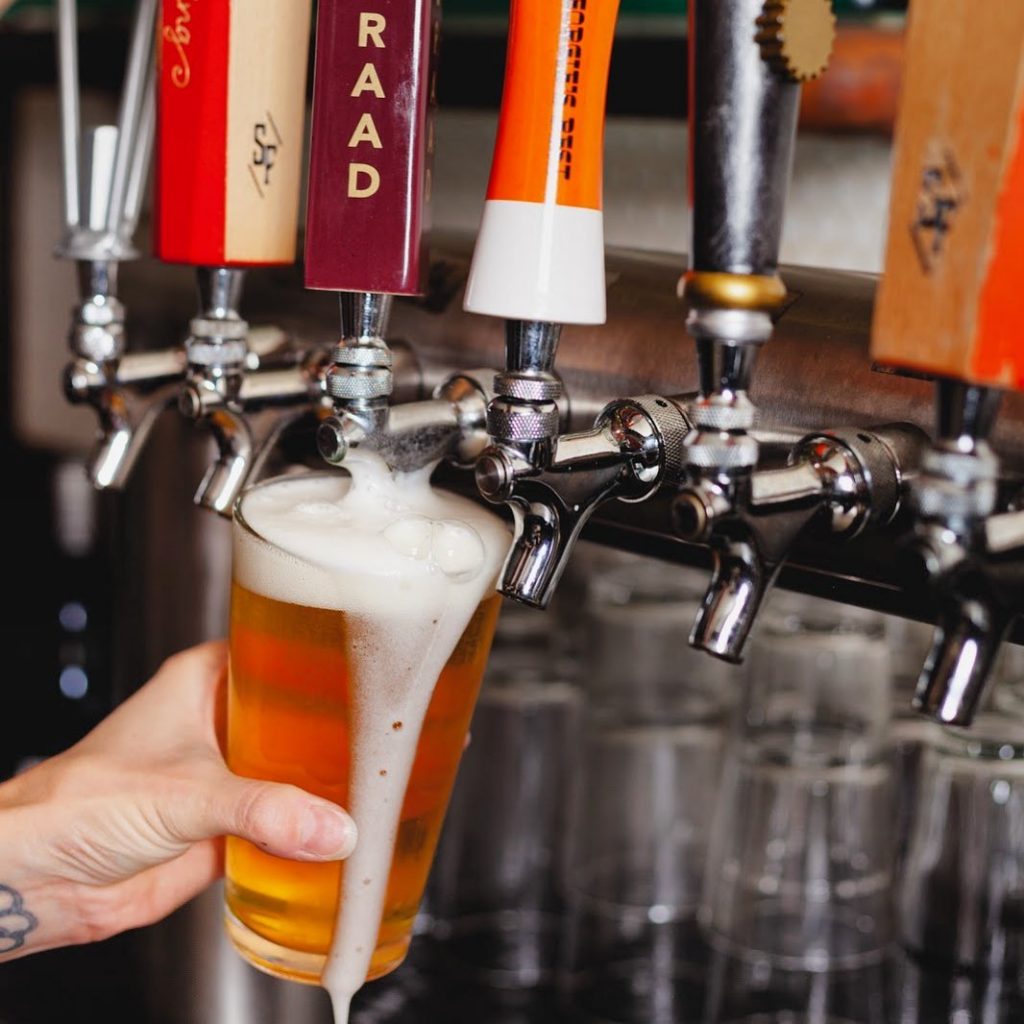 In these uncertain times… sometimes, you just need a drink! That’s why we can often be found sampling the taps at Biercraft. This Belgian beerhouse has an impressive list of international and local craft beers that hit the spot especially well when you’re hitting up their weekday happy hour, Mon-Fri: 3 pm-6 pm. If you could use a chuckle (who couldn’t?) then head up Cambie towards The Kino. Vancouver’s longest-running comedy venue, this community pub/performance space was recently saved via a performer-led fundraiser. Kicking back with a beer or glass of wine is made only better knowing you’re part of solidifying this wonderful bar’s return to glory. 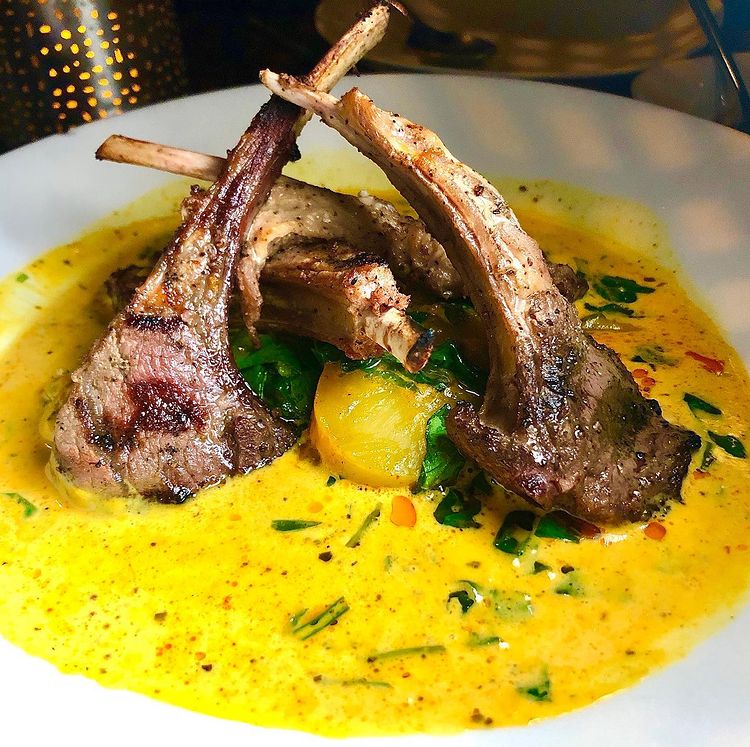 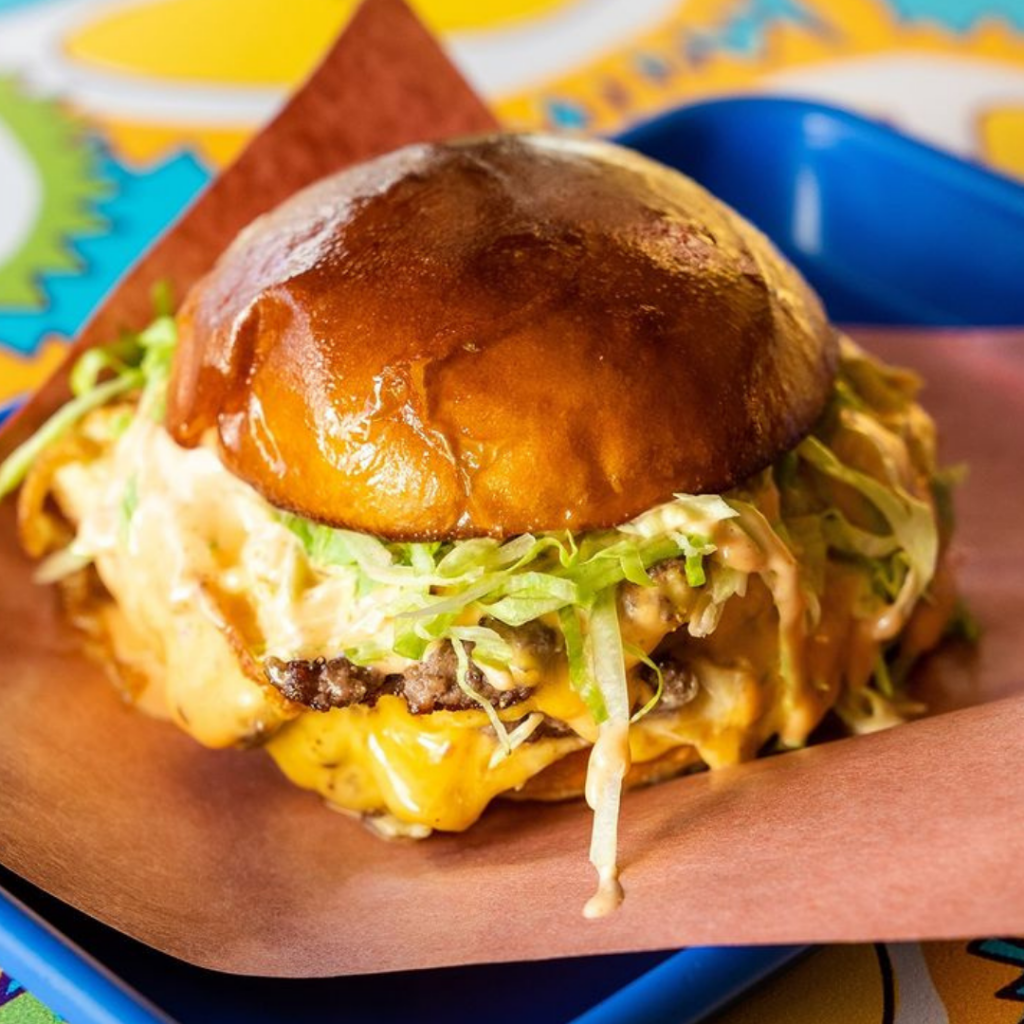 Ah, made it this far have you? So then you’re hungry for MORE! In that case, Cambie is a rite of passage for foodies with a flair for the international.Starting with Vij’s, there’s a reason why Vikram Vij has been the name in Indian cuisine for the last ten plus years. Each dish offers the storied chef’s delectable take on classics and modern favourites alike. His wine marinated lamb “popsicles” with fenugreek cream curry have become one of our favourite dishes in the city.
Up the street at Potluck Hawker Eatery, you’ll find a symphony of tastes via their authentic south-east Asian street food menu. Slow-cooked and fried duck legs, stir-fried rice with thick noodles and of course, the ever-elusive, Ramly Smash Burger⁠ (¼ pound of beef wrapped in 2 egg omelette, American cheese, shredded lettuce, and secret sauce). Cross your fingers it’s making an appearance on the menu when you visit. Delving even further into this sojourn of spices, swing by Las Tortas. Home of Vancouver’s premier Mexican gourmet sandwiches, Las Tortas has been supplying Cambie with a bit of kick since 2009. If you’re a first-timer on the tortas scene, we’d suggest starting with Pollo Parilla, lime-marinated grilled chicken, and moving through the menu until you hit our go-to order, the Milanesa (hand-breaded beef sirloin). Wash it down with an authentic bottle of Mexican Coke, and Roberto’s your uncle.

And these are only a handful of the delectable spots you’ll find in the area! Your best bet would be to start exploring Cambie yourself and stop at the first spot that has you salivating. Chances are it won’t take long. 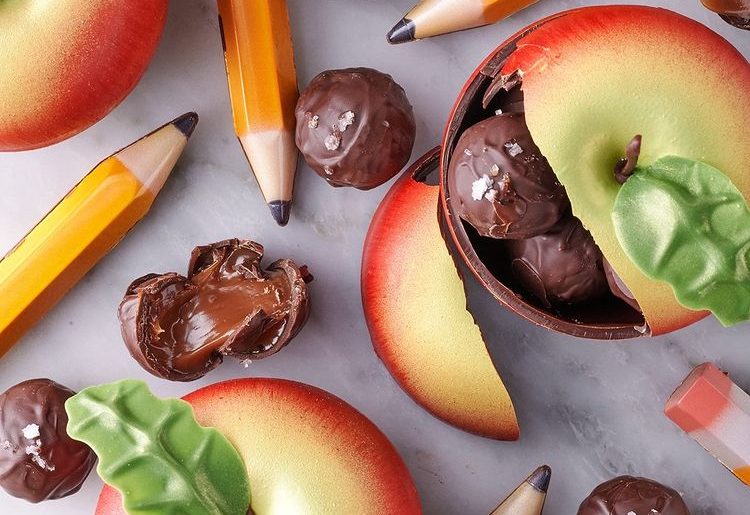 No More Apples Please: 8 Gifts Your Teacher Will Actually Love 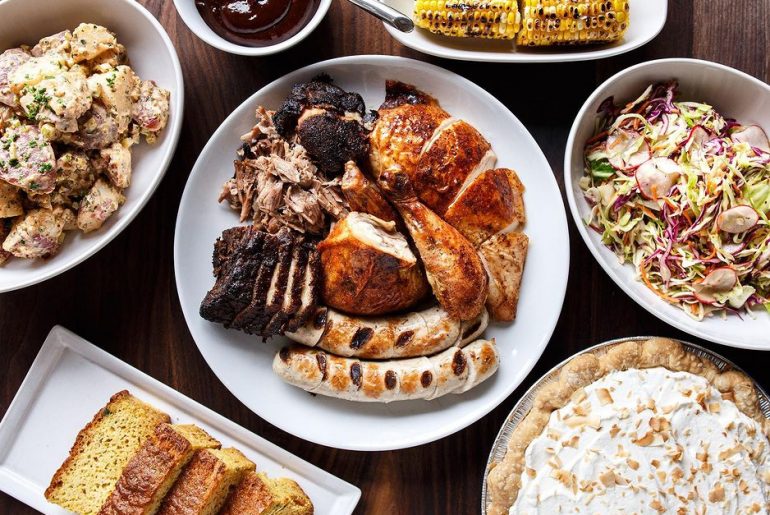 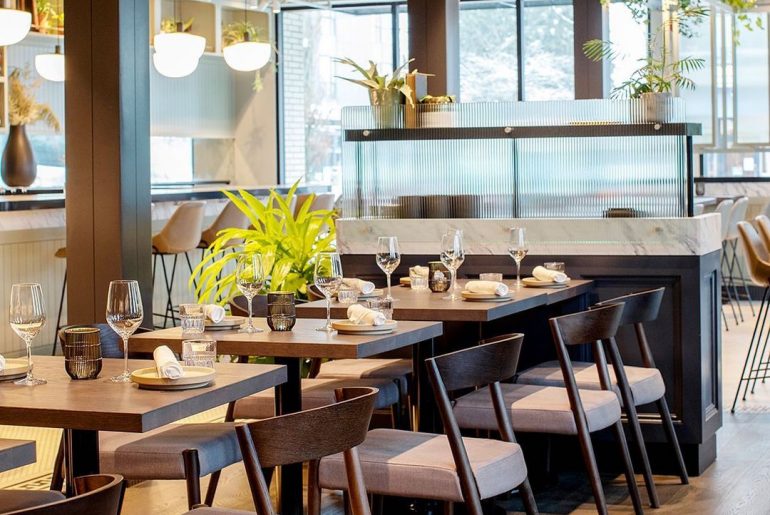 You CAN Sit With Us! In Celebration of Eating Indoors Again