In BC, over 15 varieties of apples are harvested each year by the bushel; and you can pick 5 of them right from the trees yourself at Taves Family Farms in Abbotsford. More than just an apple farm, the Taves have turned the land into a seasonal playground and each year they invite families from the west coast and beyond to enjoy their corn maze, tractor trail, bee hive demonstrations, pony rides, and other activities.

It all started with an immigrant farmer who came to Canada after his land was seized in his home country during World War II. In the 1930s, during the Great Depression, John Taves, an immigrant from Ukraine, purchased a plot of logged land that was little more than grass and stumps in Abbotsford BC. John’s grandson, Loren, recalls helping his family clear the land as a child:

“I remember as a 5-year-old hiding behind the farm truck while dad used dynamite to blast the stumps out. We even found railway spikes in the soil indicating the tracks the loggers laid to bring the harvested trees to Mill Lake.  With blasting stumps, came lots of rock picking by hand. I counted 7 times we used buckets and a tractor to gather all the rocks.”

Three generations after “Opa” John Taves began transforming the land, Loren and Corrine Taves, along with their children, oversee a diverse harvest of produce including of 9 varieties of apples. They blend some of them into their own apple cider on-site, which you can sip at the farm while you harvest your own bag of BC apples. In case you can’t decide where to start – the most popular are Honey Crisp and Jonagold.

The farm is open to the public from mid-August until late September, and also sells a variety of other produce, such as peppers, eggplant, a variety of tomatoes, and pumpkins.

How to choose the perfect apple, from the Taves family

“First observe the apple to see if it is coloured with some bright red. Then, check that the background colour is light green turning to yellow. Grab the apple, applying soft pressure from your finger tips and palm. With the other hand brace the branch or other apples and then twist the apple pulling upward.” 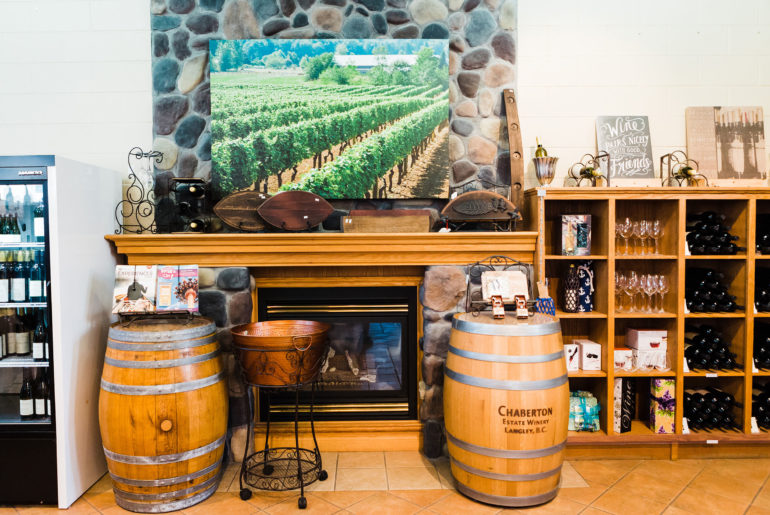